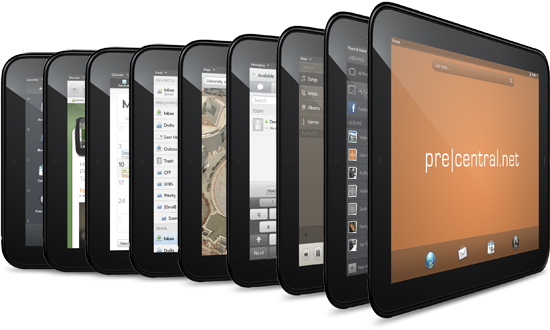 2011 is shaking up to be yet another Year of the Tablet that isn’t really quite the Year of the Tablet as much as it is the Year of the Tablet promises for the future. But then for those who were paying attention that shouldn’t be a surprise. One of the big question marks might be starting to get a little clearer. That question mark? HP, the TouchPad, and webOS. From what little we really know (as opposed to what we’re all guessing about) HP still has a legitimate shot at fulfilling the promise of what webOS will bring to Tablets. I’m hoping they do and maybe this first glimpse of what is in store points towards that.

With the release of the webOS SDK, things are beginning to leak out and this video that shows of the UI running in an emulator is well worth spending the time to take a look. The folks at preCentral put up the video and keep in mind the emulator is still in beta so things may change. Keep in mind also that so much will depend on how developers latch on to this platform as well.
https://www.youtube.com/watch?v=jvqzXR0JkuY&feature=player_embedded