What Do Microsoft and Brett Favre Have in Common? Fading Glory 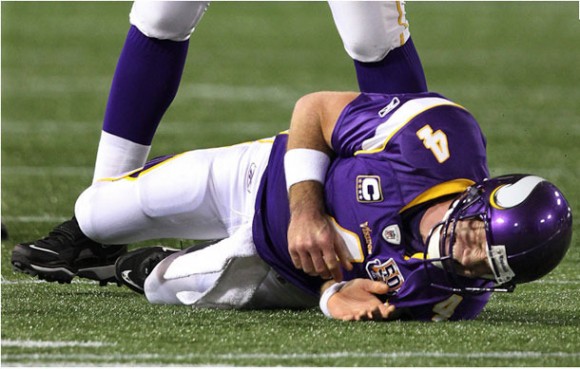 Rob Bushway has his own personal blog going. And while he may not be gadget blogging like the rest of us addicts, he still weighs in on how things are going occasionally. Rob’s was and is a voice I always respect when it comes to things mobile and Tablets, and he’s posted a piece about Microsoft and Tablets that I sure hope somebody at Microsoft reads. Here’s the link. Go read it. Especially if you work at Microsoft.

For some interesting context as to why Microsoft seems to fumble and stumble more times than not, also check out this post from Paul Thurrott. It’s called the Redmond Reality Distortion Field, which riffs off on a post by Stephen Toulouse of the same name. If you’re surprised by any of what’s being talked about, then I’m surprised. These issues have been so apparent for so long it’s akin to hearing that an alcoholic friend has finally had that automobile accident. You’re saddened by the sudden tragedy, but you’re not surprised.

I’ve been saying similar things for years, as have many others. To be perfectly blunt, I’ve grown tired of saying that Microsoft has lost its way when it comes to Tablets. Perhaps the most telling statement of any I’ve shared or linked to above is the one at the end of Josh’s tweet. “Me included.”  Many of us, from lowly bloggers to big media, to avid enthusiasts, to developers are a part of the problem here. Why? Because we keep giving Microsoft a chance, hope against hope, or the benefit of the doubt, or worse, yet our money. Take Thurrott’s coverage of Ballmer’s keynote. The headline of the post is that Ballmer Delivers Confident CES Keynote. Gee. That’s like saying he didn’t fall over when he entered the stage so it’s a big success or he didn’t fumble his lines, or didn’t drool in public. Steve Ballmer’s last two CES Keynote addresses can only be categorized as rote performances, if you’re being kind. If you’re being honest, they were laughably embarrassing or tragically funny.

I’d like to say that I sense that changing, but I think those changes are incremental at best and in today’s world incremental gets you less than it did last week. In some ways watching Microsoft is like watching Brett Favre become a shell of his former self before our eyes. Watching him lay on the field after the last hit was painful. But we all knew it was coming. There’s drama there. It is entertaining. We all follow along because hey, we’re genetically wired to watch train wrecks. In the end its a sad, sad ending. It it was a boxing match there would be calls to stop the action. If we were talking about a horse, we’d say put it down.