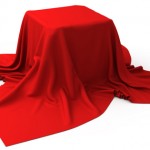 Evernote’s releasing something new on Wednesday and from what I gather it’s going to be something big. The company’s being very tight-lipped about it and we can only guess what features or other news will be announced tomorrow.

Evernote is hosting a press conference in the morning at the W Hotel in San Francisco and an party at an art gallery in the evening. Pretty swanky for a company that usually releases feature updates on its blog, podcasts and other social media channels.

Over on the Evernote blog, Andrew Sinkov writes:

We’re making an announcement about something new. Something we’ve been working on for a little while. Something that will change the way you interact with Evernote, and, maybe even, change how you think about Evernote.

Commenters on the Evernote blog are guessing that Evernote will release voice note transcription, task list management or new ways to organize notes.

As I mentioned, I have no idea what it’s specifically going to be, but I think it’s going to be something more significant than a couple of new features. From what I understand the company is putting a lot of effort into the events.

Perhaps Evernote’s going to significantly enhance its mobile applications, add video to the mix or integrate its services tightly with a bigger company.

Whatever Evernote has up its sleeve/trunk, I’m looking forward to it. What are the features that you want to see added to Evernote and what do you think will actually be announced tomorrow?