Apple’s set the benchmark with the iPad’s $499 entry price and most mobile tablet manufacturers are struggling to come close to that price. What if Apple knocks $100 or more off that price tag when it introduces the iPad 2 next week? 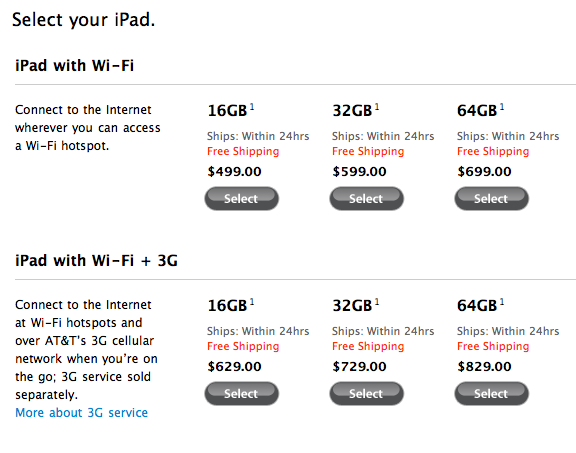 While Apple does sell several versions of the iPad ranging all the way up to $829, the price that sticks in the average consumers’ mind is $499. The $499 price point is approachable for millions of people, even though most of them didn’t need or want a tablet a year ago.

For most consumers, the GHz and mbps matter a lot less than dollars and cents when comparing devices. If you need a reminder of this, just head down to your local Best Buy and eavesdrop on customers seriously contemplating a purchase. Whether it’s a TV, Camera or Computer, consumers tend to zero in on a price point and it’s pretty tough for blue shirts to get them to budge upwards from what they consider the right price for any given product.

Until the Microsoft XBOX Kinect was introduced, the iPad was the fastest selling new gadget of all time.  That’s pretty impressive for any gadget during a recession. Now imagine if Apple reduced the barrier to entry to say $399 or less. A few things would happen:

With the iPad at $499, it’s going to be a very steep uphill battle for the Xoom and its ilk to grab any meaningful market share from the iPad. At $399 or less, it’ll be all but impossible. As a point of reference, the Xoom is going on sale for $599 with a two-year contract and $799 without a contract. A WiFi only version of the Xoom will cost ‘only’ $599.

Yes, the iPad with 3G costs a hair over $600, but Apple’s done a good job of hammering the $499 price tag into our heads. Unlike the Xoom and other tablets sold by wireless carriers, the iPad with 3G doesn’t require a contract, making it even more attractive.

Why Apple Will Drop the iPad to $399 or Less

While Apple has a reputation for charging a premium for its devices, a cheaper iPad is inevitable. It may or may not happen with the next generation iPad, but it will happen sooner or later. 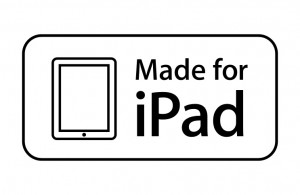 Unlike Samsung, Motorola, RIM and others, Apple makes money off of its tablet in a variety of ways. The sales price of the iPad is just the tip of the iceberg. Apple makes money whenever iPad users buy an iPad app, whether it’s built by Apple or a third-party developer. Apple rings in more revenue every time a licensed iPad accessory, such as a headphone set or iPad case is sold, whether or not it’s sold at an Apple store. While there are plenty of places to buy and rent digital content, iTunes is the path of least resistance and Apple makes even more dough when iPad owners user their tablets as portable jukeboxes or movie theaters.

In some ways, the iPad is more of a cash register that Apple places in users’ homes rather than a gadget to be enjoyed. Yes, some users will swear that they ‘never’ buy games, apps or movies, but there are a lot of people that rack up hefty iBills month in and month out. Apple could probably sell the iPad for $399 and still come out ahead in the long run.

Apple also has an enormous retail footprint that it uses to its advantage. Reselling computer hardware on slim margins has become standard practice. Apple gets to capture all of the iPad’s profit when it sells the device through its 300+ retail stores. Apple doesn’t have to worry if any retailer will be willing to sell the iPad at any particular price since it can simply sell the device itself. It doesn’t have to pay retailers slotting fees or provide co-marketing dollars to drive demand.

Yes, Apple gadgets are generally pricey, but the company has been in a habit of chopping prices in recent years. It seems like just yesterday that I paid $599 for the original iPhone, only to see the price slashed to half that a few months later.  When the MacBook Air was originally introduced at MacWorld in 2008 the SSD option alone cost $999. That kind of money will buy an entire MacBook Air these days.  The MacBook Pro used to be way out of reach for most, but is now just $200 more than the cheapest MacBook.

It’s not a matter of if Apple will drop the price of the iPad to $399, but when. It might happen next week with the unveiling of the iPad 2 (or whatever Apple ends up calling it) or we may have to wait for the third generation iPad. Whatever the timing may be, I doubt Apple will let any serious competitor undercut the iPad’s price. If Apple does this sooner rather than later, it’ll make the competition irrelevant, at least in most consumers’ eyes.

We’ll find out at least part of the answer next Wednesday at the Apple press conference.