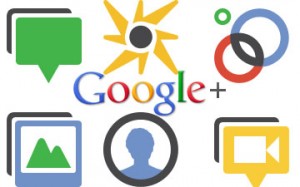 What is Google Plus?

Google+ may look like just another attempt to be “Social”, but the collection of services bring some amazing looking features to the Android and Google environment, allowing Google to take a swing at Apple, RIM, Facebook  and others with one new product.

If you work with remote teams, have a wide group of friends or are passionate about a topic you’ll want to check out Google+ right now.

According to Google, the new Google+ service is, “Real-life sharing, rethought for the web.”

A little cryptic I know, but basically Google+is a collection of five tools that encompass the web and your mobile device to deliver a more social experience around the content you find and the content you create. Google+ is currently in a limited trial, but you can sign up for access. There is an Android available today and the promise of an iOS app in the future.

Google+ is made up of the following tools – Google+ Demo & Tour

We’ll take a closer look at each part and how they might fit into the way you organize your social circle and the information you gather and create online.

Update: Google wrote in to tell us that you can add friends to more than one Circle. The limitation we observed is only present in the demo of Circles and Google+.

Sparks is another means of allowing Google to harness the power of what you are interested in and what you want to share in order to deliver more relative content. When you add a Spark for say, “Android”, you’ll get what Google feels is the best and most relevant content. Sparks is essentially a web accessible version of the popular Zite iPad app.

If you want to create a place for friends to drop by and say hi, Hangouts looks to be your answer. Rather than trying to track down people on FaceTime, Skype and Fring, Hangouts lets you tell your friends or “Circles” where you are hanging out and invites them over to hang out with video chat. This could be a nice way for remote teams to jump into a virtual watercooler, a group of friends to gather virtually around a sick pal or just a way to bring all of contacts into a unified video conference room.

Remember when iOS 5 launched and everyone was excited to see that it would automatically upload your photos to iCloud? I already showed you how to do this on Android, but if you start using Google+ on your Android device you won’t need an app like SugarSync for photo uploads. The Instant Upload tool will automatically upload your camera phone shots to a private album. From there you can share it with a specific person, circle or do whatever you want with your photos.

Update: You will need to opt in to the Instant Upload tool if you want to upload your pictures. Google won’t start uploading your photos without permission.

I’d be lying if I didn’t tell you that Huddle gets me the most excited about Google+ and makes me believe that it stands a chance at succeeding where Wave and Buzz have failed. After you have created your Circles, you can instantly bring all those members into a group chat. When the iOS app arrives Huddle looks to be a great way to communicate with a small group of people without requiring that they all have an iPhone or BlackBerry.

Here’s a look at the Google+ Android app which is available today, but you’ll need access to the Google+ limited trial to make use of it.

Will Google+ Succeed in Social?

It is certainly too early to call Google+ a winner, but unlike the numerous other failed attempts at social Google + looks like it actually stands a chance of succeeding based on what I have seen so far. While I would definitely need to be able to keep contacts in multiple circles, I can already see myself using this Huddle to keep in touch with the GottaBeMobile and Notebooks.com team while covering CES. I’m also excited to see the possibilities of using Huddle and Hangouts in the classroom, especially in a virtual class or to hold remote office hours when school picks up this fall.

Unlike previous Google attempts at being social it looks like Google has actually figured out that we want to communicate online in a manner similar to how we communicate offline, sharing relevant information with those who find it relevant without pestering our siblings about all of the latest gadgets or broadcasting personal info to a circle fo friends that only exist on the web.