In all the hullabaloo over what was announced today by Apple, there was one prediction (by many, but not by me) that didn’t make the cut. There was no Apple Tablet or Apple Netbook or larger iPhone or whatever it will be. The only surprise about this is that it would have made some logical sense to get the developers started on this, if, and I mean if, it was going to be released for the holiday shopping season this fall. I still think Apple is trying to find its way on something like this in order to keep from undercutting their price structure on existing lines.

All of that said, the Chinese character recognition that will be included in Snow Leopard may point to something to look for in the future. Or maybe not. 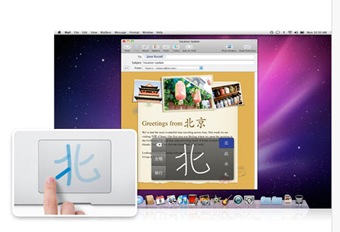