The simple answer is all of them, but they can’t be swapped out on the fly like most of us are used to. The memory cards on Windows Phone 7 devices are dedicated storage that is configured during the initial setup of the device. If you want to upgrade a card, you have to totally reset your phone for it to recognize the card. Pretty much every Windows Phone 7 device that was released in the US has a card slot. The Samsung Focus is the only one that is wide open and inviting. Even though AT&T touted this in a video preview of the Focus prior to the US launch, they are now advising customers not to change the cards. T-Mobile came right out and said that the HD7’s warranty is void if you replaced it’s card.

Where are all the hidden slots on these phones? 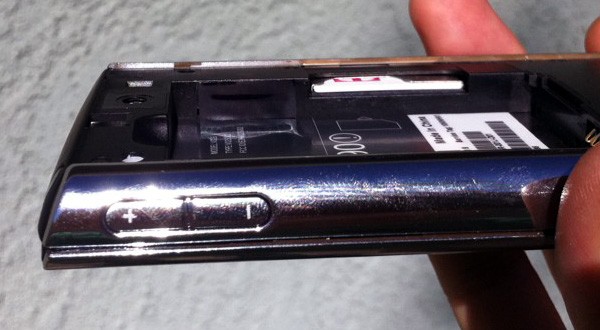 If you can find one, you can pull a sticker off that clearly indicates a void in warranty if removed to reveal the slot. (Source: Engadget) 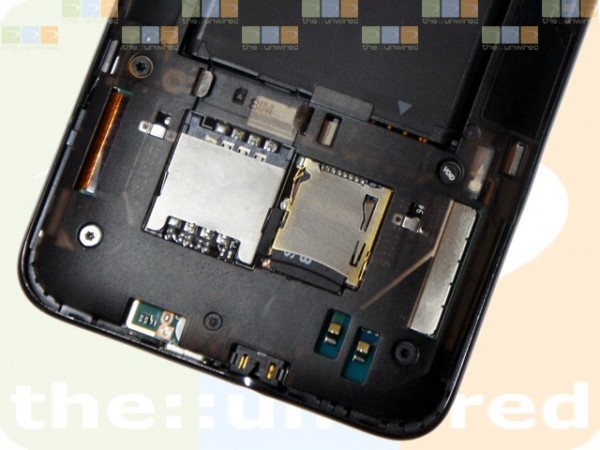 This one requires you to remove a panel of the rear of the phone that is clearly not supposed to come off. I was going to try it with mine, but I decided 16GB would do until I worked up the nerve to dissect it. Arne over at the::unwired successfully pulled it off though. 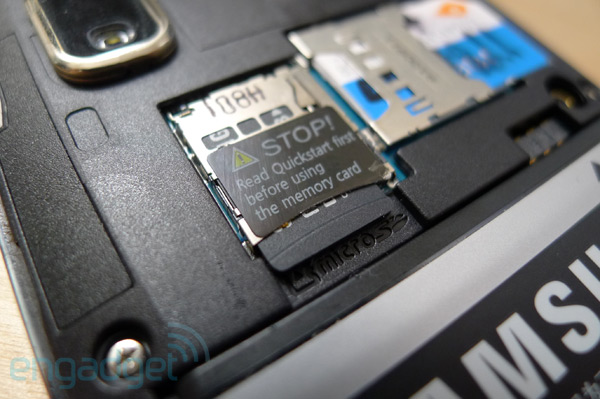 This one isn’t hidden, but here’s where it is just in case. 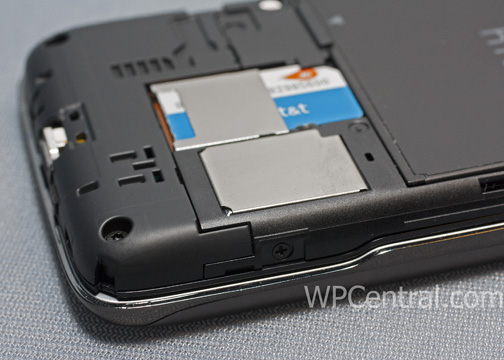 I haven’t seen anyone bust one a part to find out yet, but WP Central has a theory that it’s under the metal casing in the image above. It sure seems like the right size to house a MicroSD card.

It’s pretty clear by the lengths that the OEMs are going through to keep up out of those slots that they know something we don’t. Unless you can afford to void your warranty, I wouldn’t advice trying to access any of the hidden slots.