What You Need to Know About Google's Chrome Announcement: Wait Until Next Year 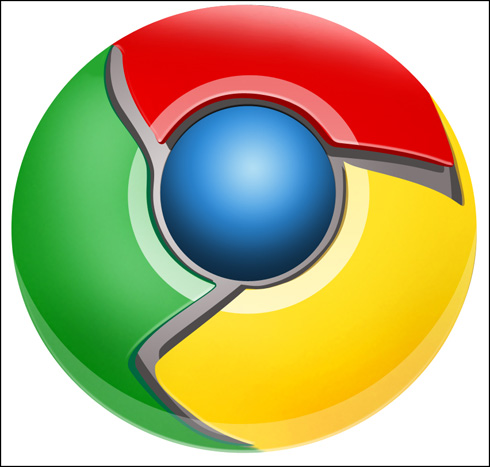 Google’s big announcements about its Chrome Browser, the Chrome Web Store and Chrome OS certainly captured a lot of attention including mine. Nothing Google does can be taken lightly when it comes to mobile computing. In fact, the promise of Google’s Chrome OS when it was announced back in July of 2009, prior to Apple changing the landscape with its iPad, was something that I thought would be a real game changer. It may still be, but I just think that the folks playing that game are going to be fewer than what it looked like a year and a half ago.

I’m seeing lots of What You Need to Know posts about the big announcements and when it comes to the Chrome OS and a Chrome Netbook/Laptop I think the best that can be said right now is all you need to know is “wait until next summer or later.” Sure, those who get accepted into the pilot program will feed us tidbits of info, and we’ll hang on every word. But let’s keep in mind what this play is all about in the long run.

I’ve got nothing wrong with points one and two above, but point three is another matter entirely in my view. Part of the big announcement was that Google was partnering with Verizon so that they could offer a Netbook with free 3G. That’s right free 3G up to 100mb a month. After that, plans can and will kick in. Its no secret the carriers want to move to some form of tiered pricing and we’re heading there fast. While some may get by just fine with 100mb a month I find that amount to be quite small today, and I’m sure it will be more so in the future. In fact, I find it paradoxical when you consider it in the context of “always on.”

Quick tell me, what is one of the first things you see in any netbook or tablet or mobile device review? You see the reviewer showing you how well it plays HD video off of YouTube. Granted not all users are going to be spending time watching videos, and those who just do some emailing and document creation will most likely skate by under the cap. But with a 100mb a month cap, I don’t see these devices as targets for rich media of any kind unless you’re willing to pay the freight. And those rates haven’t been set yet. What we’re seeing today is a reaction to the iPhone’s disruption that seemed to catch the pipe controllers by surprise. Take a look at this article about how European carriers are trying to get the content pushers to pay some of the freight. That won’t be the last we hear about that.

Speaking of pushers, Verizon and Google’s “free approach” is akin to a street corner dope dealer offering up a free taste of  the good stuff, hoping you get hooked and can get roped in for more. I’m afraid we’ll see more of this rather than less in the future. Google doesn’t care if you’re staying within your limits or exceeding them. All they want is the web traffic whether you’re getting it free or paying for it.

Sooner or later this is going to be a nasty wreck at a nasty intersection.

But that’s Chrome OS and again, we’ll have to play wait until next year to see what really happens there.

I’m a big fan of the Chrome Browser. On the devices I use that support it, it is my go to choice. The syncing between machines is a huge plus. At this point in the game, while I still use other browsers occasionally, I can’t imagine that Chrome is going to be replaced as my number one unless Google botches it somehow. I don’t see that occurring, but then that how many times have we seen improvements drag down good products before.

I spent some time last night rummaging through Google’s Chrome Web Store. I downloaded a few Apps (if what you call it is downloading, it’s more like installing an extension) and things went reasonably well. For folks who can live in the browser this is going to be a fine way to add functionality. The real story will come into focus when Chrome OS becomes a reality, but again, that’s a next year thing. But my concern about how this plays from an “always connected” standpoint is the same regardless of whether or not I’m envisioning myself using Chrome OS or just the Chrome browser on some other hardware. Take the App from Aviary for example. I like Aviary’s products and always have. They’ve created online versions of their graphic manipulation and editing tools that certainly can replace more expensive software. On my desktop in the office that’s not an issue, but with a laptop out in a coffee shop I’m sure heavy graphics manipulation would quickly exceed any 100mb cap. I also notice that there are also several music streaming Apps available in the Web Store as well. Streaming audio (and video) eats up bandwidth. Does this mean we’re looking at just moving our the costs we pay for the tools we use from one bucket to another, (in these cases from the software or content vendors to the carrier)? Again, we’ll have to play wait and see.

At present, I’m not one that prefers cloud apps to stand alone apps in most cases. I can certainly envision that changing as things continue to evolve, but as a creature of habit I’m not there yet. Intriguingly I see this play on Google’s part for both the higher end of the market and the lower end. On the lower end it will offer alternatives and options to those who can’t afford expensive software. That’s a good thing. On the upper end, I think it gives big companies a chance to ditch some of those expenses easily as well. What I don’t know is how this will play in the middle and it will be more than interesting to watch.

Google has the resources to take its time polishing all of its Chrome. I suspect that’s what they are doing and doing so purposefully. On some levels I think that the pace of development so far has closed some doors (the Netbook craze is winding down) but I think there’s still opportunity out there. The question is what will happen in the bigger picture with things advancing so quickly on other fronts while Google continues to advance its agenda at its own pace.