CES 2014 is underway and the Gotta Be Mobile team is hustling across Las Vegas to track down the latest CES 2014 news to share the best gadgets of CES with you.

As a mobile tech writer I work almost anywhere I can find an internet connection throughout the year, but CES and other trade shows are where we really push the limits of battery life, mobile technology and connectivity.

For the CES 2014 show I am carrying a streamlined bit of kit that is smaller than in year’s past but still builds in some redundancy for connectivity and to be ready for any device failures that could hit the Gotta Be Mobile team while on the show floor or in Las Vegas. 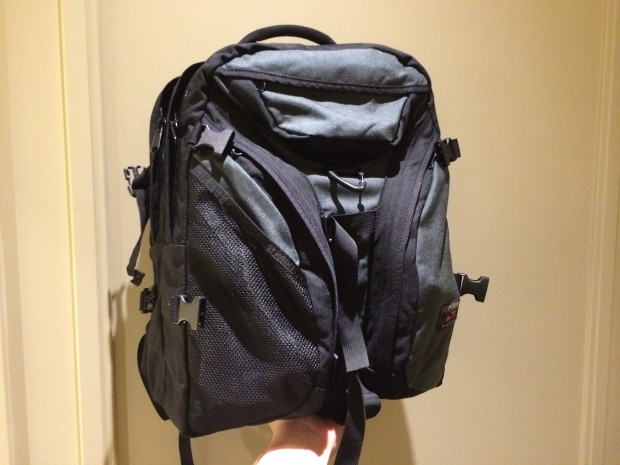 To carry all of my gear I am using the Tom Bihn Brain Bag and several pieces of Scottevest clothing which helps me leave my bag in the room for several of the very crowded CES 2014 events but still carry cameras, backup batteries and a small notebook.

The great looking screen, 8-10 hour battery life and power of the 13-inch MacBook Pro Retina Late 2103 model makes it my workhorse of CES. While I am doing more of the video capture and processing on the iPhone, this notebook has what I need to work for hours without looking for an outlet and to quickly perform any tasks that come up. 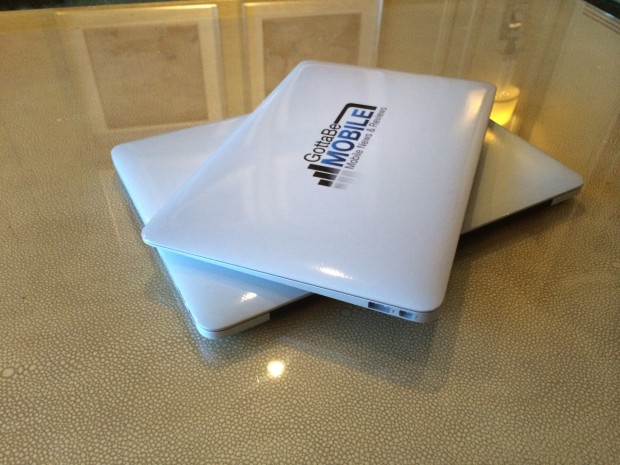 I am also using an older 11-inch MacBook Air which offers 4-5 hours of battery life and a very small mobile package that allows me to be more productive when I am working than a tablet and keyboard would.

This is a backup machine, but it is also something I can carry in the back of my Scottevest Travel Jacket so that I don’t need to carry a bag to some of the most crowded CES 2014 events. 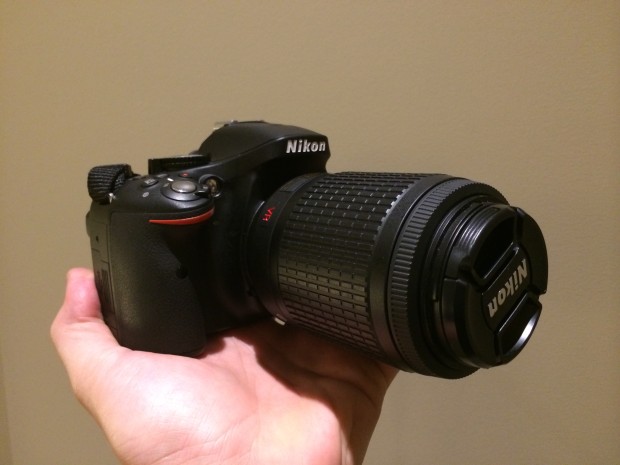 The Nikon D5200 with several lenses is a go to item for photos, but not the only camera in my bag.

For the major press events I am carrying a Nikon D5200 DSLR which allows me to attach a zoom lens and get photos even in poor lighting and from a distance, but it is not my primary camera for the show.

Importing photos and video adds time we don’t always have to the process of bringing CES 2014 news to readers so I am using a smartphone as my primary camera. 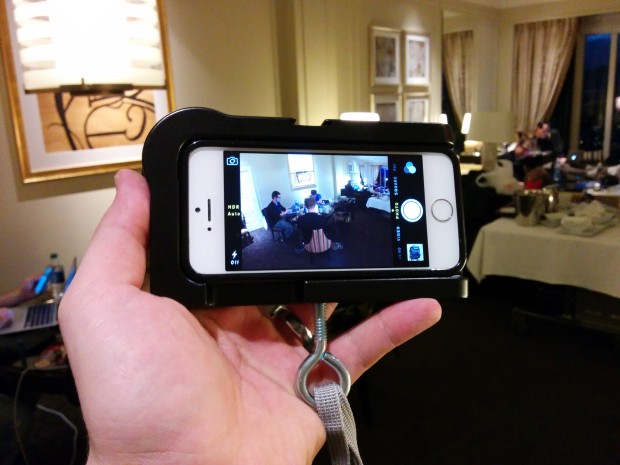 The iPhone 5s in an mCAMLITE is a great iPhone accessory for photos and video. 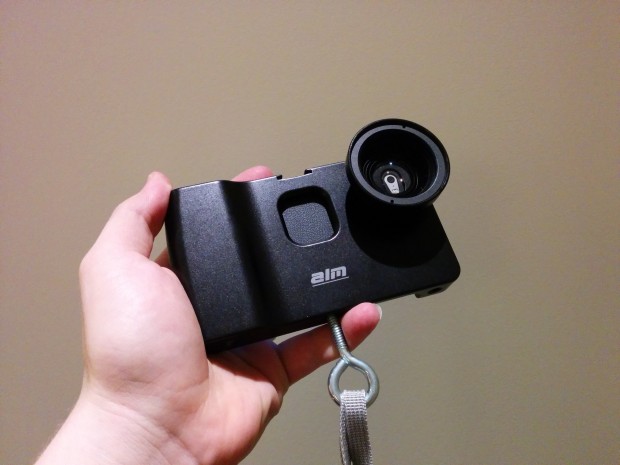 The Wide angle lens and a small boom mic is handy.

While most of my photos come from the iPhone or Nikon D5200 I am also using Google Glass for some videos and to grab wide-angle photos from press conferences with good success. 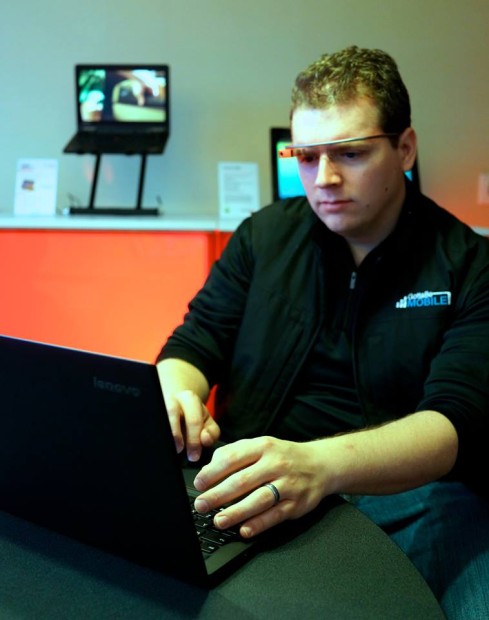 Battery life of Google Glass is limiting so I carry one of several small battery backups and a Micro USB cable in my Scottevest so I can charge and keep going. The photo below is one example of using Google Glass at CES. 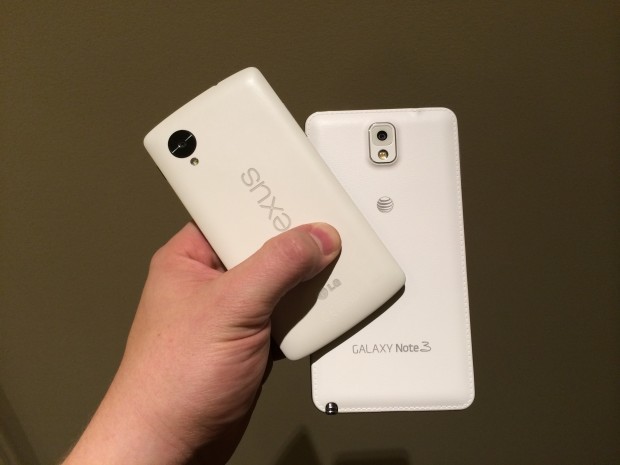 Android makes an appearance in my bag at CES 2014.

For Android connectivity I am carrying the Nexus 5 and the Galaxy Note 3 interchangeably to connect Google Glass to the Internet and to handle backup connectivity on another network. My iPhone runs on Verizon and both of these phones run on AT&T. 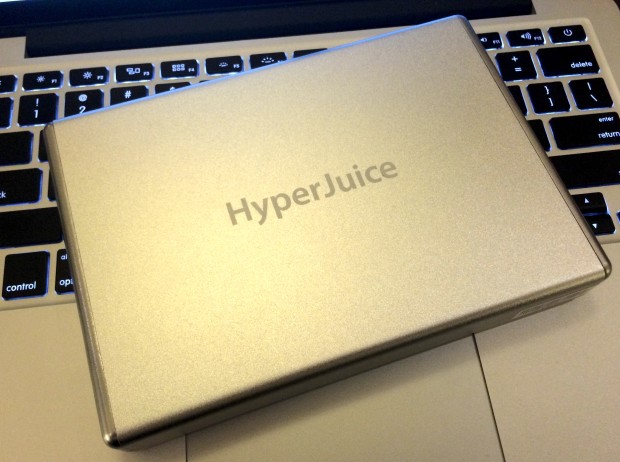 The HyperJuice is a battery that can charge the Macbook Air & MacBook Pro Retina in my bag.

Battery life is a big issue while working mobile at CES 2014 and the HyperJuice 1.5 which is enough to charge up the iPhone or Nexus multiple times and to also deliver at least one full charge to the MacBook Pro Retina.

I’m also wearing the Scottevest Travel Vest which allows me to carry most of the gear I need to cover the show without carrying a backpack with me everywhere. I still use the Tom Bihn bag when I am carrying all my gear, but for the evening events I rely on the Travel Vest and a Q Zip to keep my gear on my body and charged up. 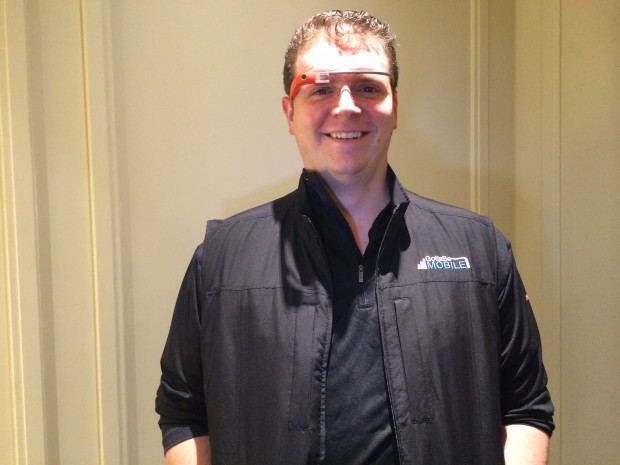 The Scottevest Travel Vest and Q ip are essential.

In addition to the many pockets, there are pathways to run cables and headphones to keep in communication and to charge devices. At CES 2014 I am using this to run a Micro USB cable from a battery to Google Glass to keep the gadget charged up. I am also keeping the battery in the Scottevest Q Zip pocket if there is a chance that I will take the vest off.