What’ in a name? Well poets and copywriters and marketing teams have struggled with that question for centuries. Naming a product is always a tricky proposition. Once you get started branding something with a name, you’ve set up semiotic expectations as well as dictated a path towards the future. You also set yourself up for all sorts of slams depending on your choice. Remember when Apple first announced the name of its Tablets would be iPad? The feminine hygiene product jokes wouldn’t end. Remember when Apple dropped the numbering system for the iPads to just stick with iPad? Well, now Apple has changed the name game once again, christening its 10 inch Tablet the iPad Air. That obviously is an attempt to create the impression that the device is lighter. It also follows a pattern established by the naming convention in the MacBook line with the MacBook Air. But there’s also a fun little tweak, intentional or no, at Microsoft there that speaks semiotic volumes when it comes to Tablet product naming. 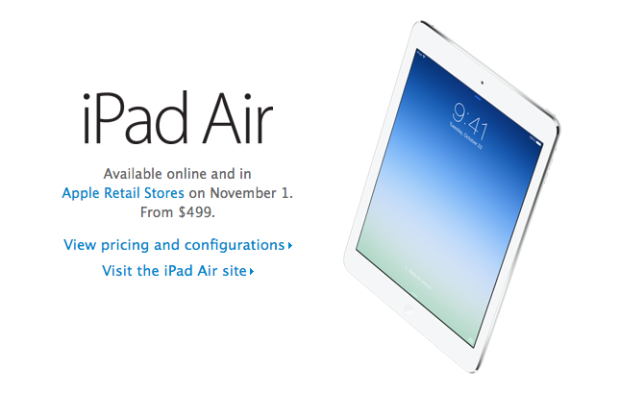 Apple’s new iPad is now the iPad Air, suggesting light, floating on air, pick up and go. Microsoft has a long history of product naming issues, but aside from the RT and Metro foul ups, Microsoft didn’t too badly with its new Tablet naming conventions. Microsoft’s line of Tablets are called Surface. Surface on the one hand suggests grounded, solid, and rooted to, well, a Surface. On the other hand, the word “surface” suggests a top layer that may belie that which is underneath. The phrase “surface comparison” is usually used, for better or worse, in the context of not having depth.

I’m not sure how these two product names connote or resonate in the market. Is this a Surface vs Air thing? Surface war versus Air War? There’s something light, magical, and almost frivolous about something that floats on air or is lighter than air. On the other hand there’s a resonance of being grounded and solid when you are on the surface.

How do these product names resonate in your mind? Love to hear your thoughts.

Oh, and of course when it comes to naming conventions, we’ve also got Samsung’s tablets floating out in the “Galaxy,” and perhaps Google’s trying to create the best of all worlds with a “Nexus” that is somewhere in between.