What's Samsung's Next Big Thing? Hint: It's Not a Phone.

Moving in 2014, Samsung, like South Korean rival LG, will be less reliant on its smartphone business in helping it pad the bottom line. While Samsung’s partnership with Google in producing Android-powered Galaxy phones, phablets, and tablets have been a profitable venture for Samsung and propelled it to fame, the company is looking to diversify its product portfolio and rely less on its mobile phone business to generate the bulk of its revenues.

Instead, according to ET News, Samsung will still “focus will be placed on smartphone derivatives in the short term, such as peripherals and accessories,” suggesting that Samsung Mobile, the phone division of Samsung, will still play a big part in Samsung’s growth in the future. 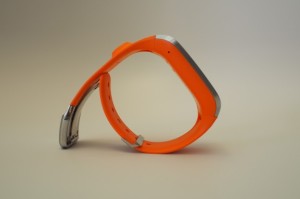 “Samsung Electronics’ movement to lower its dependence on smartphone business will begin full scale next year,” the publication reported.

While specifics weren’t given as to what Samsung’s potential “next big thing” will be for 2014, the publication speculates that Samsung will continue to build accessories and wearable devices such as the Galaxy Gear smartwatch.

Though the wearable market is beginning to become more mainstream, that market hasn’t quite taken off yet, and Samsung and its rivals will need to do more to revolutionize how consumers interact with their computing devices while at the same time demonstrate the value of paying both for a phone and for the wearable gadget. In the case of the Galaxy Gear, results are still mixed where Samsung’s first foray into the smartwatch is concerned even though Samsung had beat rival Apple in coming to market with one first. The Galaxy Gear’s high $300 price point–the same pricetag that American consumers pay for a premium Galaxy Note 3 phablet with a contract–appears to be a major contributing factor that is hindering adoption.

That said, Samsung may quickly have a successor to the Galaxy Gear early 2014 when it releases the much anticipated Galaxy S5 flagship phone.

“Galaxy Gear sales have been slow. However, Galaxy Gear 2, which is released together with Galaxy S5, will be different,” ET News reported based on insider intel. The Gear 2 will have a better UI, a more fashionable look, and refined software.

Though Samsung may place more of an emphasis on peripheral accessories, don’t expect the company to generate less hype and anticipation with any of its phone-based products, like the Galaxy S5 and the Galaxy Note 4 for 2014.