What's the Point of a 4G LTE Smartphone When It Doesn't Keep Up With You? 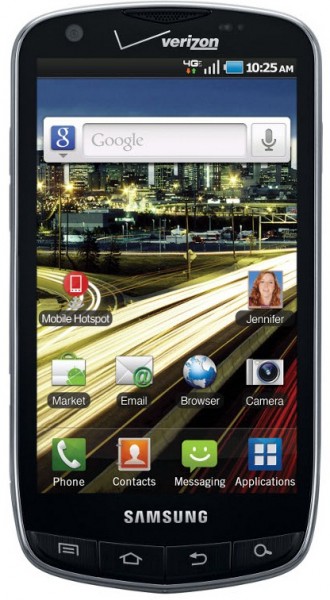 According to Verizon Wireless, Droid does–it allows you to surf the web in all of its full glory with Adobe Flash support, download files and videos at blazing fast 4G LTE speeds, and contain the full power of Android. Given those premises, the Droid Charge, which I had reviewed, sounds like a true winner. However, the question in this post-PC era shouldn’t be about specs–on paper, the Droid Charge sounds like a great device with 1 GHz Hummingbird CPU, Android 2.2, 4.3-inch Super AMOLED Plus display, 4G LTE network support, simultaneous voice and data use, and 32 GB of memory on a micro SDHC card–it should be about if the Droid Charge can keep up with your fast 4G-enriched lifestyle. After having spent some more time with the device since my initial review, the answer is a mixed one as the Droid Charge excels in some areas but leaves a lot to be desired in others, especially since the device feels like it is capable of so much more.

4G LTE is fast, there’s no denying it, and technically, so is Samsung’s own single-core 1 GHz processor, which was found in the carrier’s Samsung Galaxy S flagship Android phones released last year. However, as I’ve noted in my review, for whatever reason, the 1 GHz processor did not keep up with the Droid Charge, and I’m not sure if it’s the more limited RAM, the extensive domination over the Android user experience by the company’s proprietary TouchWiz UI, or the fact that my expectations have changed for what 4G LTE speeds should be like, both online and on a device.

In use, the browser is fast and download speeds were impressive. Navigating the phone, rather than the Internet, was a different story and constant, noticeable lags left me wondering what’s really going on. These pauses–literal pauses on the device when I am waiting for it to do what I have asked it to, like swipe over to the next home screen when I flick my finger with a gesture–left me wanting to give the device another more obscene gesture by raising a finger as it just freezes for a few seconds, and then does its thing. The issue is apparent both when I had just cleared out the memory through a restart and when the device has been running for a while, and it happens throughout the device, from launching an application to swiping to the next home screen to launching the applications drawer, which is the worst of them all. For some reason, TouchWiz thinks that it really needs to re-load the applications drawer with apps every so often, and I am left with sometimes 30-60 seconds of waiting for my apps to reload.

That’s not say that the Thunderbolt, however, isn’t without fault. On the Thunderbolt, HTC’s Sense UI is with its own problems. When I flick through to the Calendar widget, it wants to refresh itself, and the same happens with the Contacts widget as it tries to download the latest social network updates. I can be left with a not-so-updated status update message from my BFF when all I want to do is make a quick call. HTC Sense crashes constantly as well, but in spite of all that, the UI remains fast without the lags. And although the Droid Charge’s TouchWiz UI doesn’t pop up with a crash alert box, I find that the widgets are trying to reload and re-draw itself every so often much like what happens when HTC Sense crashes. On the homescreen, sometimes there’s a 5-second delay as some of the Samsung-made widgets, including those for the Daily Briefing app and the integrated clock and weather widget, are re-drawing themselves.

Another issue on the Droid Charge may be its more limited amount of ROM and RAM on the device than the Thunderbolt, creating the issues of lag. True, as Apple had mentioned, that specs may not matter, but there should be enough memory on the device to run things speedily. In terms of ROM, there’s less than 1 GB of ROM when the device is fresh, and that quickly dwindles as you install applications, even if the applications are installed to a memory card under Android 2.2. That issue wasn’t present on the HTC Thunderbolt, and the Thunderbolt ships with just under 2 GB ROM. Additionally, RAM on the Droid Charge clocks in at a paltry 328 MB. Despite shipping with a task manager, power users are going to find that the Charge’s RAM quickly fills up fast, especially with TouchWiz dominating the Android experience.

The limited RAM translates to pauses when you’re using the device. Hitting the home button to take you back to the home screen from the task manager nets you a 2-second delay sometimes, and that simply is not acceptable.

These initial two 4G LTE smartphones have left me wanting more from my devices. Verizon’s network clearly delivers, and it’d be great to get devices that can keep up with the network and my use. As a consumer, and a demanding tech user and writer, I shouldn’t have to make the unsavory compromise of a 3G phone like the Fascinate or Droid Incredible 2 that works, or a 4G LTE device that crashes but gives me blazing fast Internet speeds. To be fair, though, the Droid Charge has yet to still be unleashed to the masses, and hopefully Samsung and Verizon can fix TouchWiz with a firmware update before the device will be officially launched for mass purchase.