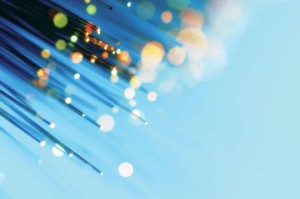 One of the issues that we’re always following here is how the carriers are dealing with pricing and caps. We’ve seen it move from a re-defining of the English language, when unlimited meant unlimited and then it meant 5GB. While some of that is still going on, at least now we’re seeing things spelled out with a little more respect for the end user and the English language.

With 4G (another almost surreal definition scenario) starting to hit more areas and more to come, we’re seeing some of the carriers experiment here and there with both straight data plans for a handset and hotspots. Although this story doesn’t deal with 4G or 3G I think it is indicative of the possible traps consumers may fall into. Comcast recently touted its new service that offers 105Mbps download speed service for $105 per month. It comes with a cap of 250GB a month. Which by most accounts only gives you about 5 hours or so of full bandwidth use. I call it the “one hand giveth but not quite” plan, and I think we’ll see that quite a bit in the future.

Obviously the carriers are trying to protect both their networks and their revenue streams here in an age where it seems like we want to have lots of media and data pumping through the pipes. The carries insist that the average user will always fall below any cap that they’ve set, and I guess it is fair to say they should have the data to prove that claim.

But I’m curious here. Tell us what your data cap is and let us know if you’ve ever run up against it or exceeded it. Is it something you think about when you’re using your connected device? Or is this a non-issue for you? Tell us also something about your usage for some context. Do you consume a lot of video? Are you just a quick browser and email user? Inquiring minds want to know.