Smartphones are evolving at a rapid pace, and as CES 2012 approaches, I’m excited to see what manufacturers bring to the event. In just 2 months, we’ll have a look at the devices that will attempt to make their mark on 2012.

Sony, Samsung, Toshiba and hundreds of others will flood Las Vegas with new smartphones and tablets, each touting a “new and amazing” feature.

These companies have distilled months of market research into a new product, that will they hope will deliver a killer feature, capable of catching the attention of a fickle buying market.

Lately, on the Android front, we’ve seen the push for bigger, and bigger, and (gulp) bigger displays. There have also been attempts to differentiate with styluses, dual core processors, processors and premium audio on smartphones and tablets this year.

I am looking to three major features in my next round of gadgets. I expect to see smartphones leading the charge here, but we will see spillover into the tablet and notebook market.

2011 was all about smartphone speeds. We saw faster, more powerful processors and faster 4G LTE connectivity. Unfortunately, this led to horrible battery life on first generation 4G LTE smartphones. Battery life may not be sexy, but when all the sexy features of your new gadget are unusable by 3PM, you will change your mind.

I expect to see a bigger focus on battery life this year, and thanks to more efficient processors and better 4G LTE radios

We’re still a ways off from seeing every notebook and tablet with a 4G connection, but I think this year we will see an increase in the number of gadgets that can connect to each other, and to your TV wirelessly. Apple is leading the charge with AirPlay on the iPhone and iPad, and Android phones have long had DLNA streaming, but I think we will see refinements and usability improvements.

Despite many attempts, DLNA streaming has never worked for me, so I hope to see some simplified connectivity option here, even if it involves a small box like the Apple TV.

I hope to see the Intel’s Pair & Share technology expand, as many users will love the ability to turn any of their screens into a playback display for their phone or tablet. YOu can see a demo of Intel Pair & Share below.

I want to see the NFC technology and the required services really arrive. packing NFC into the Galaxy Nexus isn’t any good if I can’t use Google Wallet with it.

I’m also looking forward to seeing some real world examples of how we can use controllers with our smartphones and tablets for better gaming.

Oh, and while I’m at it, can the rest of the hom automation companies catch up with the Nest Learning Thermostat? I would really like some affordable smartphone home lighting controls that don’t require Bill Gate’s wallet or a Masters in Engineering to figure out.

The great gadgets and apps solve problems in our lives, the best of these solve problems we didn’t even know we had (or at least never envisioned a solution for). We saw this when the first iPad came out. It filled a need many of us didn’t know we had, and it looked great too.

I’m hoping that some of these smart watches we have seen will finally come to market to solve the small problem of looking for our phones to find out who sent us a text or who is calling.

On a larger scale, I hope to see a new round of health related and safety features coming in our cars, smartphones and accessories. One of the coolest things I saw this summer was a health system for diabetics that could communicate with the Ford Sync system to help monitor blood sugar levels and recommend a break for food, medicine or emergency help. 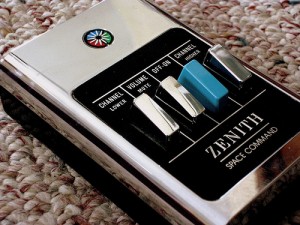 Some of you might be asking where my request for a quad core processor in my tablet, 1080p display or a 12 MP camera. In truth, these features aren’t killer on their own.

If any of them enables a better user experience, delivering the power to wirelessly stream my display, use my device in new and meaningful ways or the like, it can be part of a killer feature.

Too often, these specs don’t add to the overall user experience, which is why I am hoping for the features listed above.