WhatsApp is one of the most popular messaging services that isn’t connected to a major phone operating system like iOS 7 or Android 4.4 KitKat, and Facebook just bought the app for a lot of money.

If you’ve never heard of WhatsApp the news may come as a surprise, but the service is similar to iMessage on iPhone and the Hangouts SMS function on Android. 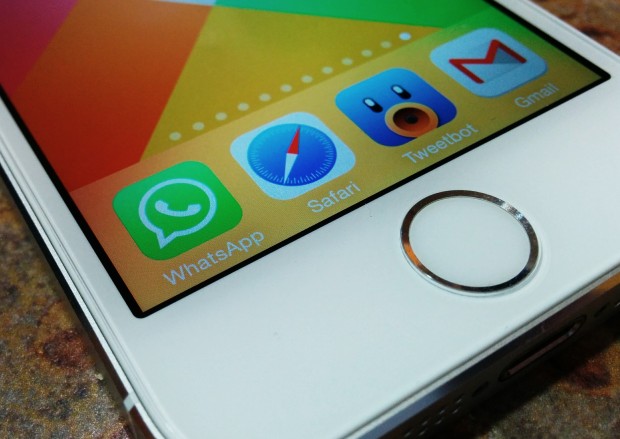 WhatsApp is free and the service is free for the first year. After a year users pay just 99 cents to use the service for an additional year. There are no ads in WhatsApp.

Here is a look at the WhatsApp features that stand out, and that new users should be aware of.

Works Across All Devices

The WhatsApp app works on iPhone, Android, Symbian, BlackBerry and Windows Phone. That means it doesn’t matter what pone your friends have, you can text them without worrying.

This is especially nice for users that are used to sending iMessages and have a few friends that are often left out because they use Android.

With WhatsApp it is easy to send group text messages and keep everyone looped in. There is no WhatsApp iPad app yet, but savvy users can install it using this guide.

The WhatsApp service uses the data connection on the iPhone, Android or other device to make the connection instead of sending it as a text or multimedia message. 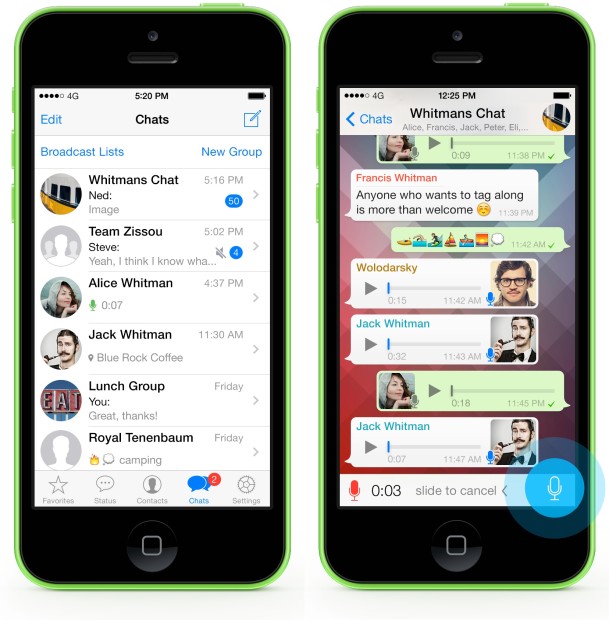 This is an easy way to send messages without the charges for texts that most carriers include. While many new plans include unlimited texts, this is still a very nice feature for some users to have, without the need to switch plans or carriers.

The WhatsApp app allows users to send any kind of message they want without paying a fee to their carrier. This is also a handy way to avoid using multiple services just to share content with friends.

Share a photo or video just like competing messaging services, and go a step further with a voice message. This is handy when you want to talk but two people can’t stop at the same time to have a phone call.

The WhatsApp app lets users share their location with friends and contacts to help arrange a meeting at some place they already are. But that’s not all. Users can also share a specific location like a coffee shop or bar where people want to meet up. 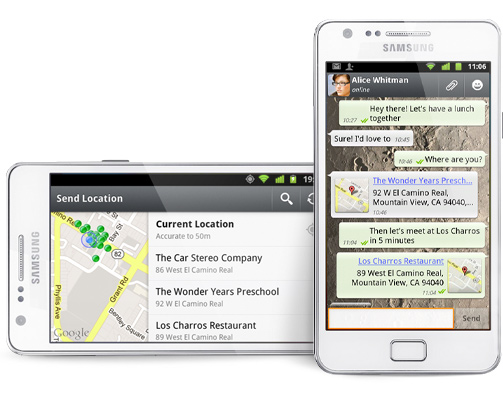 Users can interact with the location to quickly pull up the spot in a map app to get directions, and it shows up as a easy to spot message in a chain of back and forth conversation.

For users that need to stay in touch while traveling abroad or with friends and family in other countries there are no international charges for using Whats App thanks to the service using data instead of SMS to send the messages.

This is a huge deal for many users and one the is definitely worth checking out. Competing services offer similar functionality, but combined with all the other features it rounds out the app.