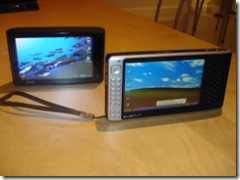 It’s been a whole weekend since I received the Raon Digital EVERUN and since then I’ve managed to spend brief moments of which most have been memorable indeed. The first moment was a sort of “when Harry met Sally” encounter. There was a lot of bravado and tension in the room when my 5″ OQO 02 came face to face with his 4.8″ counterpart. As they stared at each other it was obvious that they weren’t as much enemies as they were members of a new breed of UMPC. Wearing colors black and silver these devices definitely had a touch of the “little man” syndrome about them.

At the first opportunity it was the smallest of the two which would do its best to intimidate. As many of you witnessed it is the EVE 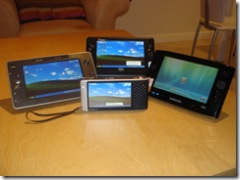 RUN’s phone features which make it a real head turner – and yet for all the wrong reasons. Too big for a phone really, but it sure is a neat party trick. Not content to be outdone it was OQO’s turn to flip-out-a-bit and define what QWERTY really means! LOL.

Next it was time to meet the rest of the family.  Out came Mr. R2H, Ms. i7210 and Mrs. Q1P. Not all the family was happy to meet Master EVERUN – what with all his battery life, his phone bits, his new QWERTY bits and an array of HOTkeys designed to make any firt generation UMPC quiver. The first encounter was never going to be pretty.

As they stared at all his true second generation features it became evident that Master EVERUN was brimming with confidence. Mr. R2H was even caught asking Mrs. Q1P, “did you hear that he does 7hrs on the standard battery!” To which Mrs. Q1P replied, “surely NOT!”

After this brief moment Master EVERUN was shown the wardrobe department and allowed to accessorize with a new Bluetooth headset and a shiny new SIM card – monthly 1GB of DATA included. Pleased with his new kit it was time to hit the town. But not before a quick visit by none other than his older brother, VEGA!

Vega and EVERUN get along nicely although Vega can’t quite understand why only a year on EVERUN has been given so much attention. You see, when Vega first shipped he had no Wi-Fi, no Bluetooth, no QWERTY and definitely no WAN abilities. So this begged Vega to ask the question, “why had Mum and Dad Raon been so conservative one year back? Or had dad been given a recent pay rise at work this year?” Maybe the pool of new Mercedes Benz outside the Raon Family Home was an indication of good things to come! 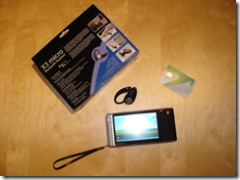 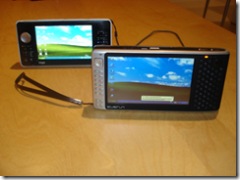