At the end of April, Google SVP of Chrome and Apps Sundar Pichai said that Google Drive for iPhone and iPad was 98 percent done and that it would be arriving “soon.” Well, we are now in the month of June and Google has yet to release the software or even give a hint as to when the software will be arriving.

Currently, Google Drive is only available to users of Android smartphones and tablets meaning the millions upon millions if iOS users who have signed up for Google’s service can only use it from a computer or through a third-party application.

Google’s Google Drive website offers no other information other than to say that the software will be coming soon. 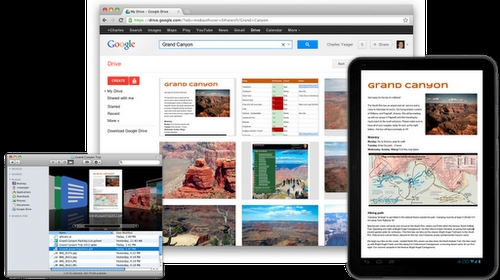 Google Drive for iPhone and iPad was supposed to be out "soon."

Read: How to Use Google Drive on the iPhone.

Go figure. Google launches a massive new product, one that people actually seem to like, and its half-baked.

Keep in mind this is a service that had been rumored not for weeks not for months but for years so you would think that Google would have gotten its act together and released this service for iPhone and iPad users right off the bat.

After all, that’s a pretty big user base that it’s missing out on and one would think that they would help Google gain traction amongst the many cloud-storage competitors out there.

Read: How to Use Google Drive on the iPad.

And today, in typical Google fashion, the company announced a new Google Maps that will be “coming soon” to iOS and Android devices.

Anyone else as annoyed as I am about the wait for Google Drive for iPhone and iPad?