Apple sells some high-quality accessories, like its iPhone 6 leather case, which comes with an awesome texture that really adds a lot of classy style to your smartphone, but it costs $45. Furthermore, Apple’s own Lightning USB cables cost almost $20 a piece. If you buy one for your car, your office, and your bedroom, that’s already $60 right there just on lousy USB cables.

Here are five places where you can buy cheap iPhone 6 accessories.

eBay is a risky place to look for iPhone 6 accessories, but if you’re careful, you can find some great deals on genuine products. However, even when the listing says “genuine” or “Made For iPhone,” you still need to be cautious.

For instance, I recently went hunting on eBay in the hopes of finding someone getting rid of their Lightning cables. I was aware that eBay was full of Chinese knock-offs that claimed to be genuine Lightning cables, but I found a listing that was selling “genuine” cables for around $11 a piece and was located inside the US. They were probably still fakes, but I pulled the trigger anyway, with the plan that I would file a complaint and get a refund if they were, indeed, fakes.

eBay can be a great place to buy genuine Apple accessories for cheap.

Unsurprisingly, they were fakes. However, I filed a complaint and got my money back. You may end up going through a similar process, but I’ve found that if you find a seller who isn’t a “Power Seller” (a large company that sells a lot of stuff on eBay), then you’ll most likely be okay. In other words, if you can find an eBay seller who’s just a regular person like you, looking to get rid of their iPhone 6 accessories, this is where you’ll usually be in the clear.

However, you can still find some good deals from eBay Power Sellers. I found a used/refurbished iPad mini Smart Case from a Power Seller, and he/she was selling it for $30. I was a bit wary, mostly because this case normally cost $80 at the Apple Store, but I was pleasantly surprised to find out that it was an actual genuine Smart Case for my iPad.

In the end, the takeaway with eBay is that you’ll have to take risks, but the buyer has the advantage and you can easily get your money back if something you bought doesn’t match the item’s description.

Craigslist has been hailed as one of the most sketchiest places online to buy stuff, but when used carefully, you can find great deals on iPhone 6 accessories. 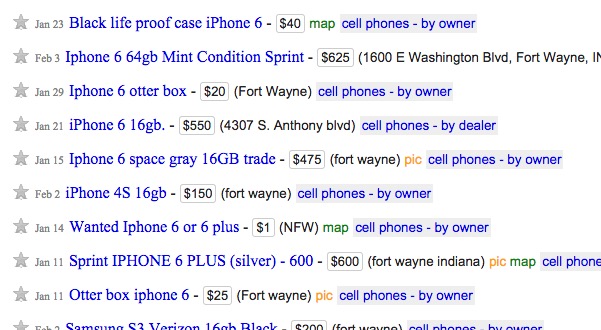 We’ve discussed many times how Craigslist is a hotbed for scams, but there are also a lot of good guys that genuinely just want to sell you their stuff so that they can get some quick cash. And since Craiglist is usually full of sellers looking to just get rid of their old stuff, they’re usually willing to give you a great deal.

Again, just be careful and know what you’re buying, as a lot of sellers like to trick buyers. One thing about the Craigslist website, though, is that iPhone accessories are mixed in with iPhone listings themselves, so you might have a bit of difficulty as far as weeding out iPhone listings and finding accessories for sale.

Amazon sells its own iPhone Lightning cables under its “AmazonBasics” brand for $13 each; that’s still not cheap by any means, but it beats paying $20. 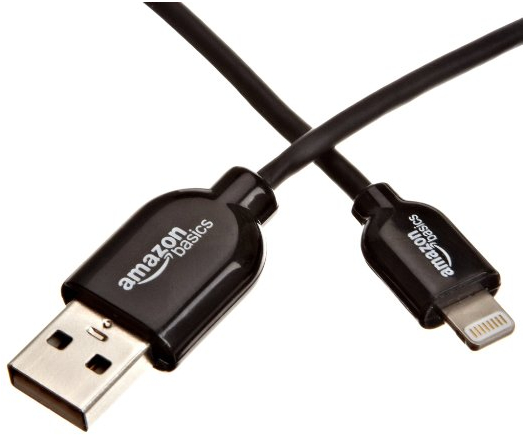 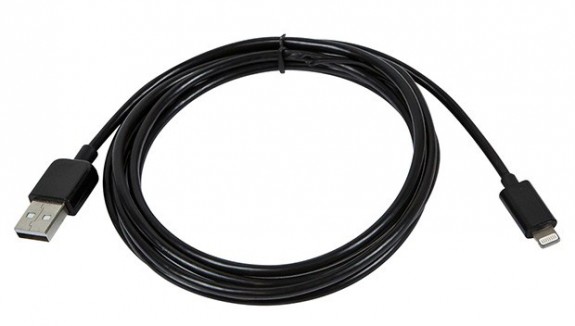 If you’re not familiar with Monoprice, you should be. They produce generic “knock-off” products like cables, headphones, speakers, and even computer displays, but the quality is much better than what you would get with other generic brands from China, which is why we put quotation marks around “knock-off,” because it essentially isn’t knock-off since Monoprice is becoming a huge and reputable brand.

While carrier stores and retailers in general are usually an awful place to buy iPhone 6 accessories, they’re still a good place to look, especially when they’re running deals.

Carrier stores sometimes offer discounts on accessories when you buy a new smartphone and sign up for a new two-year contract. This usually applies to smaller accessories like cases, cables, etc., rather than more-expensive items like Bluetooth speakers or external keyboards. However, a discount is a discount, and saving any kind of money is a good thing.

Taking this route would be a good way to go if you’re going to upgrade to the iPhone 6, and calling around to various carriers can give you some information as far as what deals they all have going on.