Microsoft has finally opened registration for BUILD 2014, the developer show and presentation that it’s expected to use to formally announce the next version of Windows 9, codenamed Windows Threshold.

Ticket sales for the two-day event went on sale today. Instead of holding the event in its own backyard, the company will once again ask users to trek to San Francisco, CA on April 2 to participate in the Microsoft product-related festivities.

To be clear, casual Windows users shouldn’t bother fighting for tickets. Microsoft isn’t expected to have any actual products for users to pick up. Instead Microsoft is charging hard-core users and developers $2095 to be among the first to hear about future products and more. For example, Microsoft showed off pre-release versions of Windows 8 and Windows 8.1 at previous BUILD events. 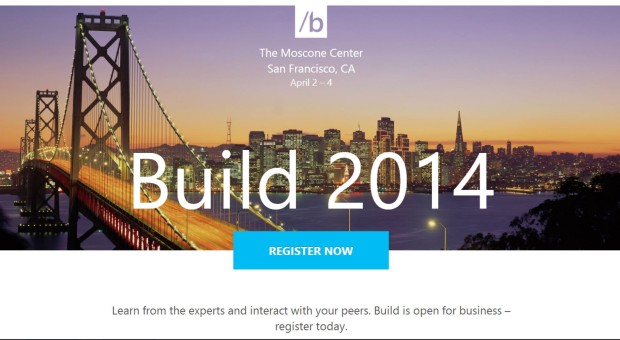 So far the company has been very careful to keep the topics that it plans to discuss quiet. In fact, the BUILD registration website itself says that the company is still “working hard to finalize the full agenda of sessions & events.”

Read: Paul Thurott: Threshold IS Windows 8 and Will Ship in April 2015

Despite Microsoft staying quiet, leaks from industry insiders have pegged BUILD 2014 is being a big event for Microsoft users. Reportedly, the company will use the event to announce Windows 9. Codenamed Windows Threshold, it’s believed that it will attempt to meld the apps and features of the Windows Start Screen with the Desktop and traditional apps that are already in widespread use. It’s at this event that Microsoft is also expected to recast Windows 9 as the operating system it created based on feedback from Windows 8 and Windows 8.1.

The company is also expected to formally talk about the next major version of Windows Phone.  There’s even the remote possibility that Microsoft could use BUILD as a platform to discuss new additions to its Surface line of tablets. Rumors of there being a 7-inch to 8-inch Surface have swirled for months and most now indicate that the company is holding off on launching the device until sometime this year.