Microsoft knows that there’s a lot riding on the back of its Halo 5 Guardians release later this year. The original game defined the first Xbox console. Halo 2, with its multiplayer experience, set a new standard for online first-person shooters. As a key exclusive, Halo 5 Guardians could catapult the Xbox One to top of the sales charts.

Here’s what you need to know about the different editions of Halo 5 Guardians.

First there is the basic version of Halo 5 Guardians. Costing $59.99, you don’t get many extras besides the pre-order bonuses from the retailer you make your purchase at. Along with physical copies of the Halo 5 Guardians, GameStop shoppers that pre-order get a download code to unlock the armor that Spartan Locke uses in the game. Called Hunter Class, the code will unlock a helmet along with the armor. It seems that everyone who purchases Halo 5 Guardians also gets a Limited Edition Halo 5 Guardians Poster to display wherever they choose. Microsoft’s cheapest Halo 5 Guardians digital download will match this physical version once the game launches and it drops its pre-order extras. 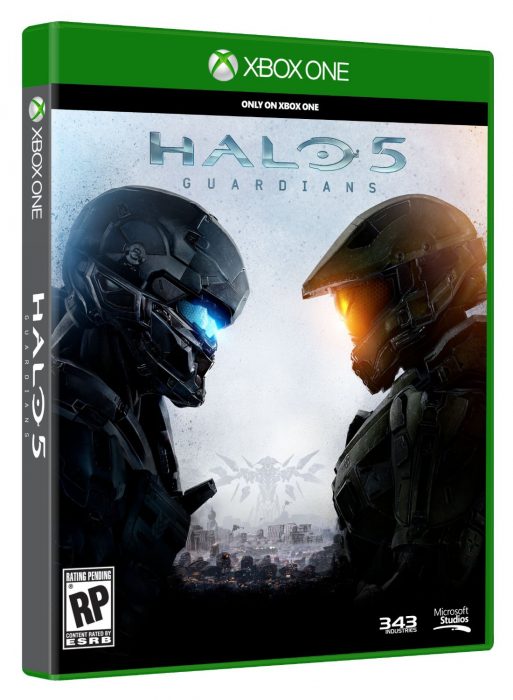 The Halo 5 Guardians Pre-Order Edition isn’t completely unlike the game’s standard disc offering. You get the game itself, but not much in the way of extras. Since it’s completely digital and only available through the Xbox Store, Microsoft focuses on exclusive add-ons to encourage pre-orders. Anyone who buys this version directly from Microsoft gets a loadout weapon and a custom skin to use on their character when they’re playing WarZone. War Zone is the expansive multiplayer and battle simulation Microsoft revealed at E3 2015.

Again, you can only purchase this version directly from Microsoft itself. 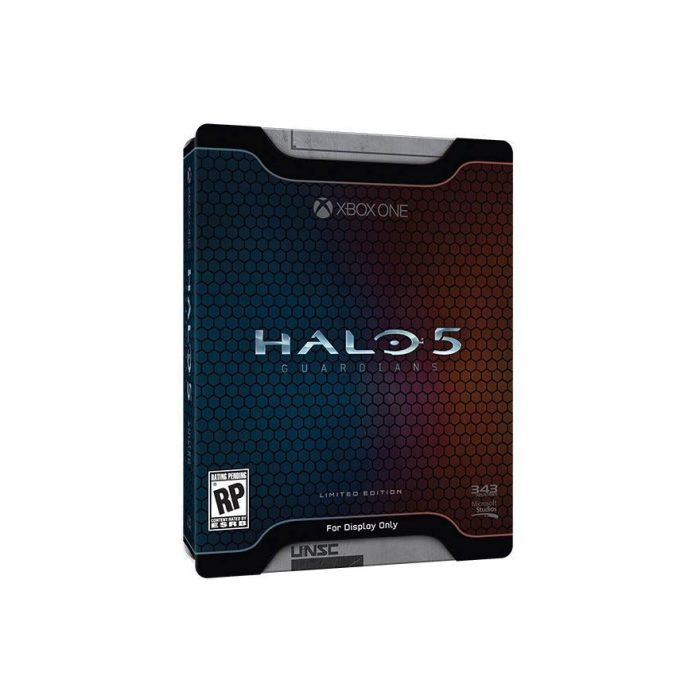 Coming in a special edition Steelbook case that matches the game’s esthetics is Halo 5 Guardians Limited Edition. GameStop’s free Hunter Armor download and poster come included, but the focus here is on other extras. This version comes with a Laser Targeter for better accuracy, a Sentinel Battle Rifle, a Bloodthirsty Battle Rifle Weapon Skin, a 14 day free trial of Xbox Live and Halo: The Fall of Reach animated series access.

There’s some physical extras in this version too. A Metal Earth Guardian model is included, along with physical copies of every main character’s biography and Spartan Locke’s orders to hunt down Master Chief John 117.

Costing $89.99 is the Halo 5 Guardians Digital Deluxe Edition. Besides a digital download of the game you get some of the extras that come with other editions. The Fall of Reach animated series is included.

The digital pre-order bonus that users get with the cheaper version of Halo 5 Guardians is included with this version. The customizable skin for Warzone and weapon loadout are present. Halo 5 Guardians has individual weapons packs, and if you buy the Halo 5 Guardians Digital Deluxe Edition you’ll get 14 premium packs at no additional cost. Microsoft says it’ll release 2 of them on a weekly basis over time. 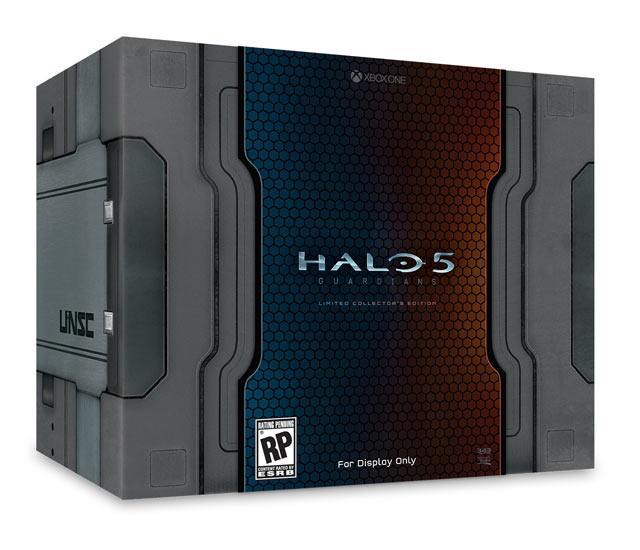 For the person who wants absolutely everything there’s the Halo 5 Guardians Limited Collector’s Edition.

The reason you’ll want this version is the massive statue of the John 117 and Spartan Locke that comes included. The statue itself is produced by TriForce. All of this costs $249.99 from both GameStop and Amazon.

Which Edition of Halo 5 Guardian To Buy?

Which version of Halo 5 Guardians to purchase really come down to how invested in the game you really are.

If you’re going to want to buy many of the digital extras separate anyway — like the special Spartan Locke armor for example — go ahead and pre-order a Limited Edition copy of the game. Even the standard version of the game is fine for users who aren’t too invested in the series.

The real choice you have to make is whether you’d rather have a physical copy of the game or a digital copy. The distinction between the two remains the same, digital games can be stored on your hard drive and loaded without you getting off the couch. In exchange, disc versions can be used to finance other game purchases with a trade-in down the road. Microsoft did make this slightly more complicated by only including a digital copy of the game with the Limited Collector’s Edition originally, even though you can physically buy it in stores.

The company now says that it’ll let users who buy this edition trade their digital version for a physical one, according to IGN.