Why Storage Capacity Matters When You Buy the iPad 2 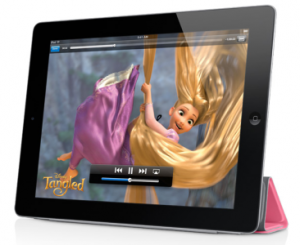 Xavier had posted a great guide on the various iPad 2 configurations that you may purchase come 5 PM on March 11th along with some of the considerations for those with an iPad 1 who may be on the fence about upgrading. For those who are ready to upgrade or make the jump into the tablet foray with the iPad 2, I’ll recommend, unlike with the iPad 1, to buy the model with the most storage capacity you can afford if you’re going to be considering the tablet as a content producing machine.

Be sure to check out our iPad 2 Buyer’s Guide for all the features, options, and functionality that you should consider if you’re looking to get Apple’s second-generation tablet.

In spite of Apple’s rumored and highly anticipated move to deliver a digital locker service as an extension of MobileMe and iTunes, local on-board storage on the iPad 2 will continue to play a big role in the tablet’s success. With the iPad 1, Apple introduced us to the content consumption model–allowing us to view YouTube videos, stream Netflix movies, watch Hulu Plus shows, browse the Web, and entertain friends on IM. Now, with the success of Apple’s tablet foray, the second-generation iPad 2 brings content production to the forefront and this is where storage capacities really matter. On iPad 1, you’re not really going to need a lot of storage to consume content–you can buy the base model with 16 GB, and instead of storing music and videos locally, you can stream them from Pandora or Netflix and just keep only the files that are important to you locally. With the iPad 2, you’re going to need more space as the device will allow you to be a producer–to create, produce, and be productive.

With new productivity apps like iMovie, capacity will matter in a big way as HD movies and movie editing will require you to dedicate a chunk of storage to that task. Whether you’re looking to import and watch HD movies on the go, or import clips and create videos and mash-ups of content on iMovie on the iPad, having the extra storage will go a long way.

Keep in mind that when you’re using iMovie to edit a clip, you’re not just storing the raw footage of the clip you may want to edit, but you’re also going to need to store additional files, such as B-roll footage, additional music soundtracks and recordings for sound effects, and also photos if you want to highlight specific images in your movie. If you’re going for a more professional route, you may have several different angles and you’d be importing video clips from different cameras just to create a short segment. If you’re that type of mobile movie producer, your iPad will fill up fast so I’d recommend steering away from the base 16 GB model and moving towards the 32 or 64 GB model.

Yes, while it’s true that you can upload these HD video clips to sites such as Vimeo and YouTube directly from inside the iMovie app and delete the clips on your device to free up space, you’ll probably want to keep a number of clips–edited or raw–available on hand. This will be especially useful when it comes to time to editing and creating mash-ups.

Whenever I shoot video for GottaBeMobile and Notebooks.com, I always keep the raw files in iMovie even after I’ve edited the clip and upload the videos to the official Notebooks.com YouTube channel. The reason I do this is that I can always re-use old clips as B-roll footage whenever something similar or new comes out. Take for instance my video review of the ‘first impressions‘ look at the iPad 2–I’ve created a mash-up of my various hands-on footage, used clips from Apple’s announcement, highlighted my own past videos of the HP TouchPad and the RIM PlayBook, and also added a short clip of the Motorola Xoom. If I’m looking to create a similar style video on the iPad 2, I’d probably need more rather than less storage so I can keep video files on the iPad so I can mash them up with newer segments that I’d want to create.

For those who are not as visually inclined to make use of iMovie, there’s also Garage Band for the iPad 2, which will allow you to create soundtracks on the go and record your attempts at playing musical instruments on the touchscreen tablet. Whether you’re trying to be Beethoven or Gershwin, the iPad 2 will allow you play instruments, create mixes, and edit tracks. At the end of the day, you can use these sound bytes as background music, audio effects, or themes for your movies in iMovie if you so desire. Of course, recording beats will also require storage space.

Additionally, for mobile office users who may be looking to view, edit, and create Word, Excel, and PowerPoint documents on the go, there are now a number of third-party apps that will allow iPad and iPad 2 owners to tote around more content with them, including Apple’s excellent iWork studio (Pages, Keynote, and Numbers), DataViz’s (now a division of Research in Motion) Documents to Go, and also QuickOffice among others.

With books, music, photos, and videos, I can foresee iPad 2 owners running low on storage quickly if they’re looking to use this device more aggressively. While the base model (16 GB, WiFi-only) is aggressively priced at $499, adding in more storage and 3G capabilities will run the price up quickly and steeply. A fully loaded 64 GB iPad with WiFi and 3G connectivity, excluding the data plan, will run you $829 plus taxes. At the end of the day, that’s around $900 after taxes, which is close to the cost of an entry-level MacBook or MacBook Air.

Whether you’re going for a black or white iPad, that’s a mere aesthetic preference. What matters is deciding on the right amount of storage and whether you need 3G connectivity. For me, 3G matters as I use my iPad as an in-car GPS unit with a ProClip USA setup and third-party Navigon mapping for voice-guided turn-by-turn directions; only the 3G model comes with integrated GPS. After navigating and seeing directions on a near-10-inch display, I can’t go back to squinting at a paltry 3.5-inch iPhone 4 screen.

Also, having the convenience of 3G is worth it for me. Even though I may not subscribe to a plan, I like the option to activate the 3G function and use it if and when I need it when I am away from WiFi. As a content-producing tablet, having ubiquitous Internet is an important component for my workflow as I am able to check emails, browse the Web for the latest news, and correspond with colleagues and associates through instant messaging apps while on the go, whether that’s through WiFi at a local Starbucks or through AT&T’s or Verizon’s 3G mobile broadband connectivity while on the go. However, if you have a smartphone with tethering, 3G may not be so important, and if you don’t need GPS as you’d rather use your phone for that, save the $130 premium on the 3G model, invest that $130 towards a newer smartphone or put that amount towards apps and accessories, and get a WiFi-only model with the storage capacity you need.