There are three Spider-Man editions you can buy for the PS4. There is also an epic SpiderMan Ps4 Pro bundle that includes a free copy of Spider-Man and an epic red PS$ Pro with the Spider-Man logo. This guide will help you decide which one is best for you and identify the pre-order bonuses you need to know about if you plan to buy the game.

Here’s how the Spider-Man PS4 editions compare, and which one you should consider buying. 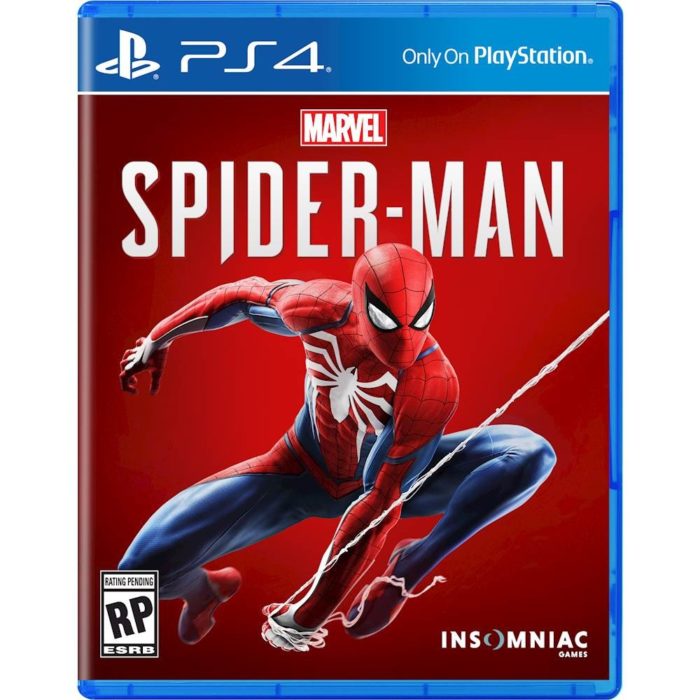 The standard edition of Spider-Man PS4 is the best option for most buyers.

The base game is $59.99 and you can buy it on disk or digitally. If you buy this version you can find more deals thanks to Amazon Prime and Gamers Club Unlocked which drop the price to $48. Even with the standard version of the game you get a decent amount of bonus items — if you pre-order.

This is the edition that most people should buy. It’s great to get a deal on the DLC with the Digital Deluxe edition, but we don’t know enough about how much they will support the game, or what the DLC costs as a standalone. 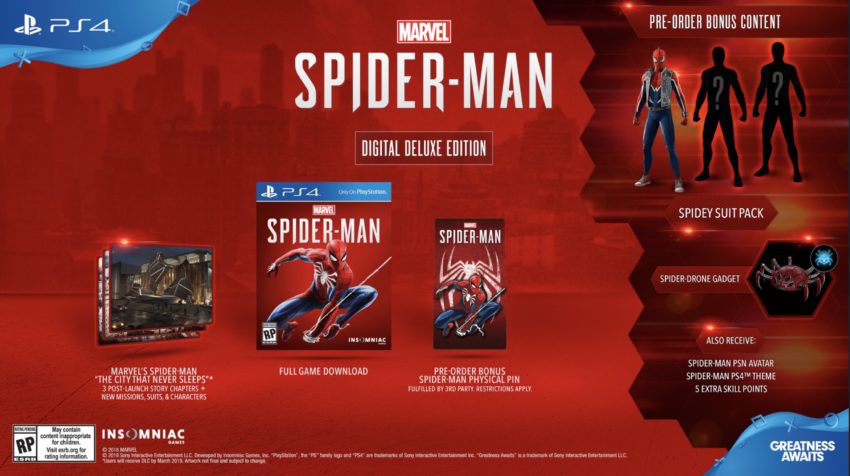 The Digital Deluxe Spider-Man edition for PS4 is a good deal for many buyers who want the DLC.

This is a special digital only version of the Spider-Man PS4 game that you can only get digitally.

With this you get all of the pre-order bonuses listed above, plus the Spider-Man DLC.

This includes three stories in Marvel’s Spider-Man including “The City That Never Sleeps” and a physical pin mailed to you.

If you plan to live in this game for a while, and want new content after you beat the original game, this is a good option to get, but we don’t know what the price for the standalone DLC is, so it’s hard to say if you are actually saving by buying up front. 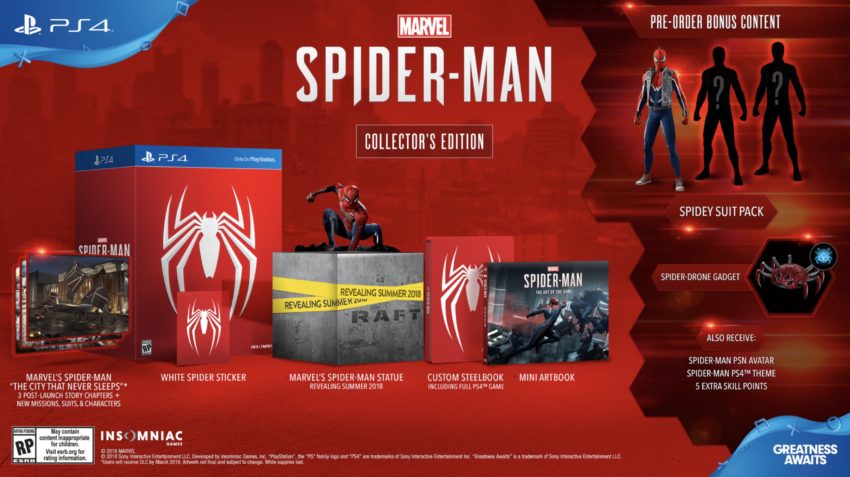 If you love real-world extras, this is the edition for you.

For hardcore Spider-Man fans, the Spider-Man Collector’s Edition on PS4 is tempting. This includes everything you get in the above editions, including the DLC. The extra items are;

We don’t know what the statue looks like yet, since showing it off would include a spoiler according to the developers.

This is a good version to buy if you love Spider-Man items and want to add to your collection. If there is a good chance these will end up in a closet, skip the expensive upgrade and spend it on another game. 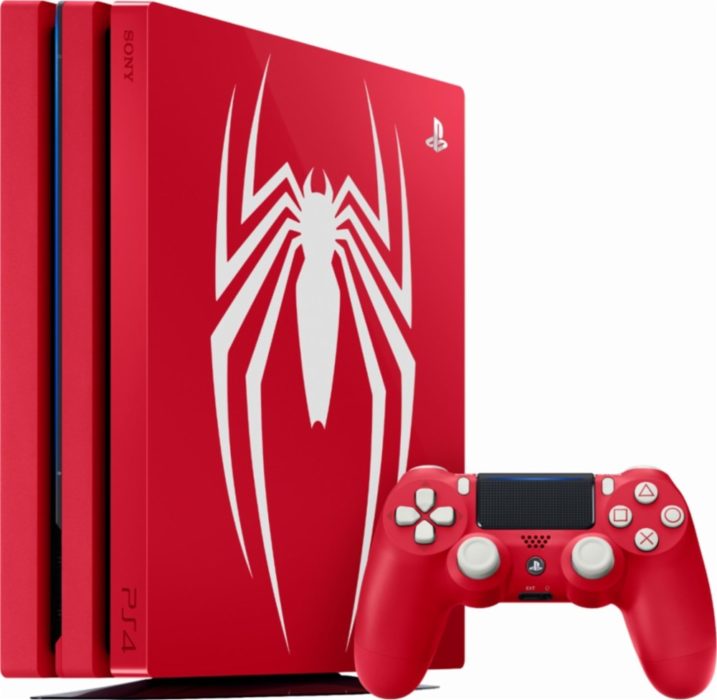 Pick up the Spider-Man PS4 Pro bundle if you want the game and to save on a PS4 Pro.

If you are planning to upgrade to the PS4 Pro and buy Spider-Man, you should consider buying this bundle. You get a super-cool red PS4 Pro with 1TB of storage and the Spider-Man logo as well as a red PS4 Controller. This bundle includes the Spider-Man DLC and with the PS4 Pro you get to take advantage of the 4k gameplay in Spider-Man.

This is $399, which is the base price for a PS4 Pro. We see PS4 Pro deals occasionally that take $30 to $60 off the price, which makes this bundle a good deal since it is available without waiting. This is available at Best Buy, GameStop and occasionally at Amazon.

It makes sense to buy the Spider-Man PS4 digitally if you want the DLC and don’t care about the big bonus items, or if you want the standard edition and you don’t want to switch disks.

Most buyers should consider the standard edition on disk, which can be found for 20% off for Amazon Prime members or Gamers Club Unlocked members.

If you are all about Spider-Man and you love the collectibles, you need to buy the physical Collector’s Edition.