Which Xbox One Bundle Should You Buy?

Microsoft doesn’t do anything in a mild manner when it comes to its Xbox One entertainment and gaming console. Users wanted more features and it responded with a steady stream of updates designed to significantly improve gaming. In the beginning, Microsoft had only a single Xbox One bundle. It didn’t come with any games and included a Kinect. Potential Xbox One buyers said they wanted choice and Microsoft obliged. 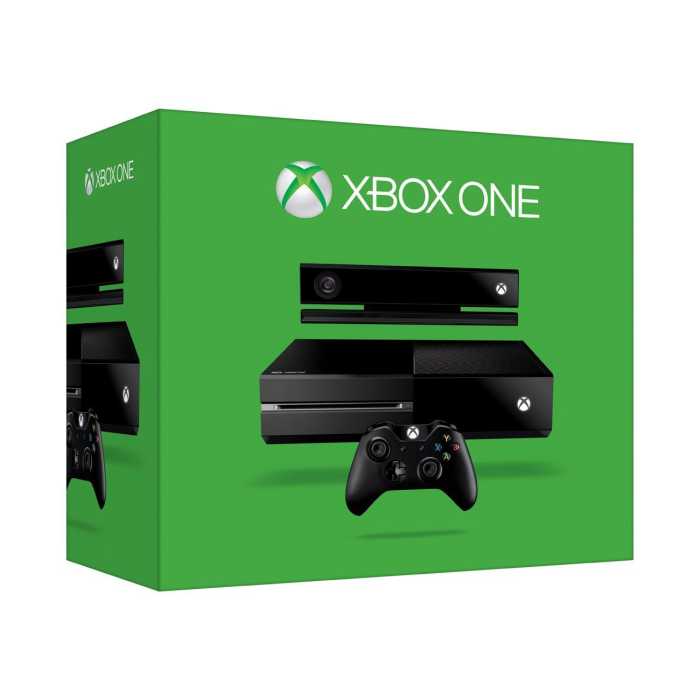 The original Xbox One + Kinect bundle is the original Xbox One as Microsoft released it. At a cost of $499, Xbox One + Kinect bundle buyers get an Xbox One console with 500GB of storage, a wired Xbox One Chat Headset, an HDMI cable and a Kinect for Xbox One sensor. Kinect for Xbox One allows users to control their console with their voice, plus play motion games downloaded from the Xbox Store. Games that don’t rely entirely on motion gaming — like Just Dance does — benefit from the Kinect too. For example, Dragon Age Inquisition allows users to quickly browse to its menus with their voice. The only way to use Skype on Xbox One or streaming with Twitch is with a Kinect for Xbox One sensor.

The Kinect sensor allows users to control their television set and manage their cable box too. The Microsoft Store sells the Xbox One + Kinect Bundle with a free digital copy of Assassin’s Creed Unity and Just Dance 2014.

[ Buy the Xbox One + Kinect Bundle From the Microsoft Store ] 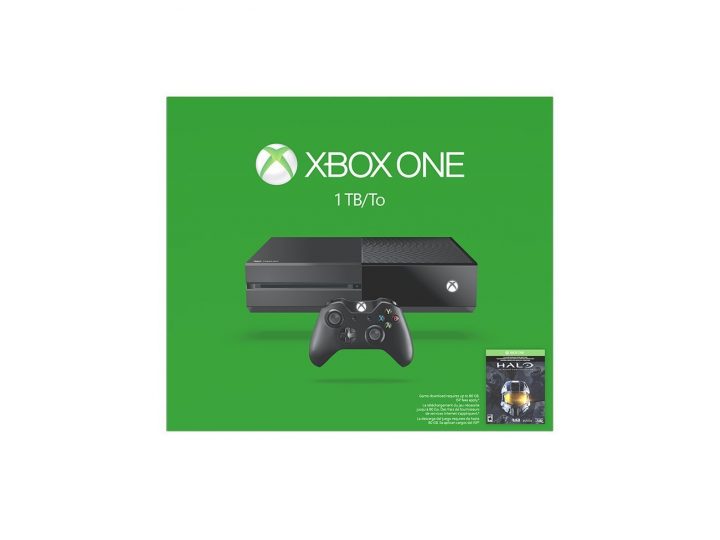 Microsoft’s latest release is the 1TB Xbox One Bundle. It doubles the amount of storage available for games and apps without users having to attach a USB hard drive. The Xbox One Chat Headset and HDMI cable are included in this bundle. So is the revamped Xbox One Wireless Controller. It has a built-in headphone port.

Microsoft includes a digital copy of Halo: The Master Chief Collection with the 1TB Xbox One bundle. The 1TB Xbox One costs $399. It’s perfect for users who want more storage for their games and wouldn’t mind having almost every Halo game available to them ahead of this fall’s Halo 5: Guardians launch. A digital copy of Assassin’s Creed Unity is also included. Microsoft still sells a regular priced 500GB Xbox One for $349.99

[ Buy the 1TB Xbox One Bundle from the Microsoft Store ] 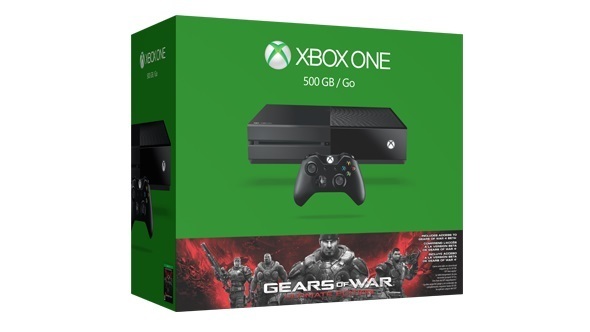 The console included in this bundle only has 500GB of storage, half of what the 1TB version of Xbox One does. That being said, it’s only $349.99. This bundle is for big time Gears of War fans or just someone looking to upgrade to Xbox One on the cheap. 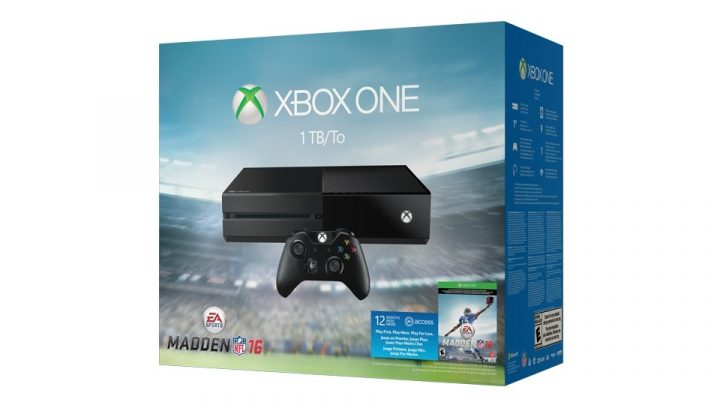 Costing $399, the Madden 16 Xbox One Bundle comes with all-sorts of extras. First, it has 1TB of storage. Second, users get a free digital copy of Assassin’s Creed Unity and Madden 16. Lastly, Microsoft includes a year of Electronic Art’s EA Access subscription service. EA Access lets users download digital games at no additional charge straight from its online vault. Users can play those games until their subscription expires.

EA Access also includes early access to new Electronic Arts games. That means those who buy the Madden 16 Xbox One bundle get to try Madden 17 before anyone else next year.

[ Buy the Madden 16 Xbox One Bundle from the Microsoft Store ] 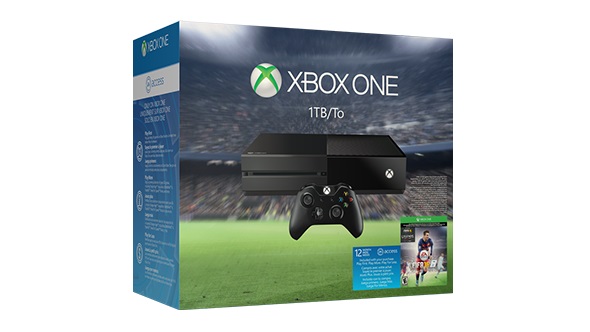 Microsoft’s FIFA 16 Xbox One Bundle comes with 1TB of storage, a digital copy of the game, the upgraded Xbox One Wireless Controller with headset port and a year of EA Access too.

[ Buy the FIFA 16 Xbox One Bundle from the Microsoft Store ] 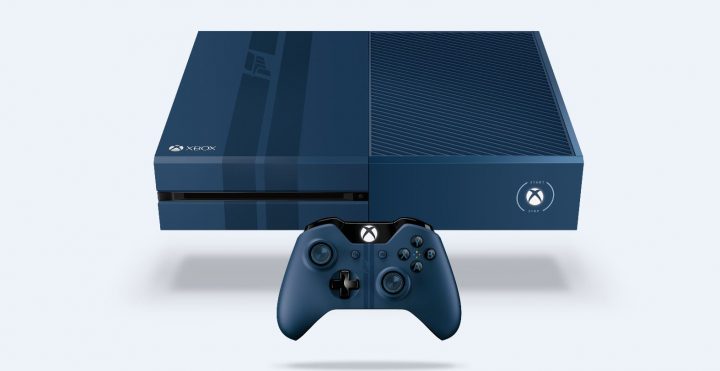 Microsoft is making a lot of Xbox One bundles this year. Only two of those bundles are redesigns of the classic Xbox One finish. The Forza Motorsport 6 Limited Edition Xbox One Bundle is painted blue to match the Ford super car that adorns the cover of Forza Motorsport 6. Racing stripes also run along the top of the console.

$399 gets shoppers the Xbox One with 1TB of storage and a matching blue controller. Microsoft is also throwing in some digital extras. There’s the 2015 Mustang GT, Tenth Anniversary Car Pack and the digital copy of Forza 6 itself.

If you like the color blue, extra storage or Forza, this is the best Xbox One bundle you can buy this year. 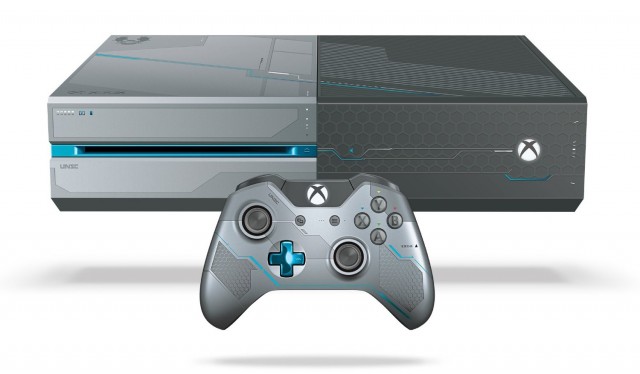 $499 is a lot to pay for an Xbox One bundle. Thankfully, Microsoft has made the Halo 5: Guardians Limited Edition Xbox One Bundle worth the price tag. It’s painted silver, gray and blue to match the suits worn in Halo 5: Guardians. Etching and design details throw in some extra flair.

The Xbox One included has 1TB of storage and a matching controller. Microsoft is also throwing in a special edition Steelbook case, the Halo 5: Guardians digital download, FOTUS armor for multiplayer, a real-life model made by Metal Earth, access to the Fall of Reach television series, a book with dossiers on the main characters and 14 days of Xbox Live Gold.

The Halo 5: Guardians Limited Edition Xbox One Bundle is only for the hardcore fans. Anyone else is better off purchasing one of the $399 Xbox One bundles with 1TB of storage and picking up a copy of Halo 5: Guardians separately.

Good luck picking out your Xbox One bundle this fall and holiday shopping season. There’s still time for Microsoft to announce even more Xbox One bundles. Decide which game you like, then choose a bundle based on that game.