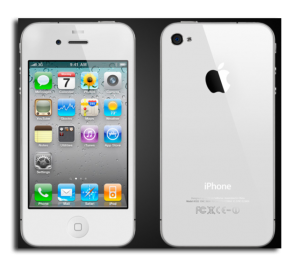 Apple’s white iPhone 4, which has been delayed ever since the GSM-model launched in late June 2010, will go into production this month and will be available to consumers in April, some ten months after the black model was originally available.

Speculations of the updated launch date of the white iPhone 4 was delivered by Concord Securities Analyst Ming-Chi Kuo to AppleInsider. The analyst says that the reason of the white model’s delay is because white had allowed for light leaking on both the front and back panels, an issue that caused light to bleed out from the actual screen area. For that reason, Apple has been toying around with materials and now the company will deliver the white iPhone with a different lamination material.

Apple had most recently stated that the white model would be available in Spring.

It appears that whatever issues were encountered with the white model had been resolved. Apple also had announced a white iPad 2 model about a week ago that will go on sale on March 11th alongside a black bezel iPad 2 with an aluminum back cover.

It’s unclear when Apple would make a white iPhone 4 in CDMA variant available for Verizon Wireless as Kuo’s prediction applies only to the GSM version, which is used by AT&T.