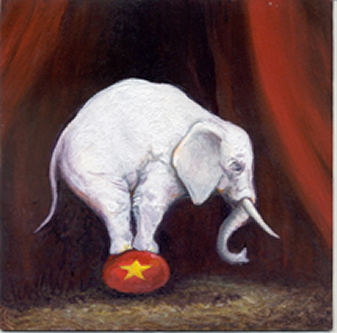 I can’t imagine anyone is still waiting or holding out hope for a white version of the iPhone at this point. No one knows the real reason why the white iPhone is such a problem to manufacture but the latest speculation has to do with the camera and some sort of light leak. Regardless, the white iPhone is turning into a white elephant that I’m sure Apple would have rather never seen the light of day. At some point it either will or will not surface as an alternative to the current model. Either way the white iPhone has become a black eye for Apple.