Apple is expected to debut an updated iPod Touch model this Fall alongside the much rumored iPhone 4S and/or iPhone 5 smartphone models. The new iPod Touch, like the iPhone before it, will be made available in white where the front screen bezel would be white. Additionally, according to MacRumors, there will also be some small hardware changes to the device, though the new iPod Touch would largely be similar to the current generation touchscreen-based music player. 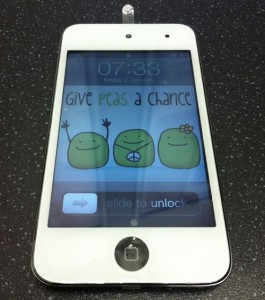 The device will have an oleophobic coating on the display to resist build up of fingerprints on the glass touchscreen. In addition, there will be a new ambient light sensor.

The iPod Touch would have the same case design and storage capacity as the current models being offered today.

At this point, it’s unclear if Apple intends to debut a new 3G iPod Touch as well. The 3G-capable model would be similar to the iPad with mobile broadband networking built-in and would allow the iPod Touch to tap into a cellular carrier’s 3G network for data; the device won’t come with voice phone capabilities, though users looking to make phone calls would likely have access to a number of VoIP apps on the App Store.