While AT&T still has not officially announced a launch date or pricing for its 4G LTE-capable Nokia Lumia 900 that debuted at the Consumer Electronics Show in Las Vegas last month, Internet-retailer Negri Electronics is now accepting pre-orders for a white variant of the Lumia 900. AT&T and Nokia had said at CES that the Lumia 900 will be available either in black or cyan, and it appears that the white GSM version that’s up for pre-order will lack an important feature found on the U.S. locked version to AT&T: 4G LTE network support. As such, the white import will only function on 3G bands.

As 4G LTE offers speeds up to ten times faster than 3G as advertised by both AT&T and Verizon Wireless in the U.S., lacking LTE support may be a deal breaker for some. Additionally, the Lumia 900 is said to be launching with tethering or Internet sharing capabilities out of the box, a feature where faster 4G LTE speeds will be more useful.

Negri is pricing the phone at $650 unlocked. 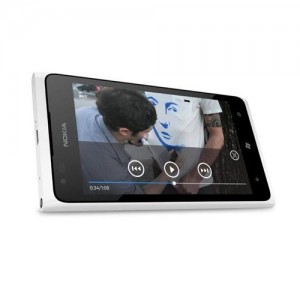 AT&T is speculated to be launching the 4G LTE Lumia 900 in March with an aggressive price of just $99 with a two-year contract.

The white Lumia 900 was leaked before and in the past it’s been speculated that Nokia will bring the phone to other parts of the world outside the U.S. without 4G LTE support.

The Lumia 900 has a unibody polycarbonate shell with a minimalist and attractive design, a flat Gorilla Glass AMOLED touchscreen with Nokia’s Clear Black Display technology and no PenTile technology that should lead to crisper displays, and a single-core 1.4 GHz processor with a very capable Carl Zeiss optics with a widescreen large sensor camera. The device also supports a wide-angle front-facing camera for self-portraits and video chats.