The Xbox One release date will bring a black Xbox One to store shelves and even though Microsoft had Xbox One Special editions in mind while designing the new Xbox, there is a special white Xbox One that only Xbox employees will get on November 22nd.

Microsoft’s Larry Hryb, better known as Major Nelson was able to round-up one of these special edition white Xbox One units to sell to an Xbox fan who wants to be one of the few people to own this special edition Xbox One.

The white Xbox One is up for auction on eBay with 100% of the proceeds going towards the Wounded Warrior Project. This charity’s mission is, “to honor and empower wounded warriors by raising awareness, helping injured service members aid and assist each other and providing programs and services to meet the needs of injured service members.” 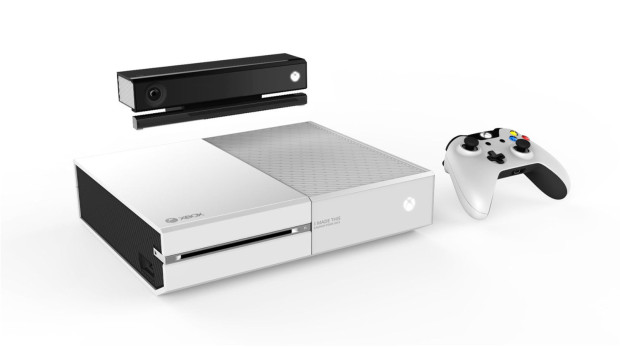 Microsoft is auctioning a white Xbox One special edition which will benefit the Wounded Warrior Project.

The auction for this white Xbox One console is open to U.S. residents and includes a collection of games and a year of Xbox Live Gold. Here’s what the auction includes;

All together this bundle is worth about $800-$900 even without factoring in the rarity of the White Xbox One. The special edition Xbox One bundle is at $1,075 on eBay at the time of this article, with 26 bids.

The white Xbox One auction runs through November 18th, which leaves plenty of time for this auction to pick up. Gamers may enjoy this console, but don’t buy it to save as a collectible that will be worth more in the future unless you are up for a gamble. Special edition Xbox 360 editions provided to team members are on eBay for as little as $41 right now. That said, this original Xbox Launch team edition is selling for $445, so perhaps there is hope.

The Xbox One release date is set for November 22nd and this auction will include release date delivery. Some of these games may not arrive on release day as the official release for some games are set for later this year or in 2014.