Just when you thought your iPhone/iPod Touch was safe from our government.. 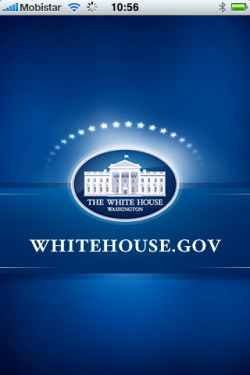 The White House has announced on their official blog that they have created an official iPhone/iPod Touch application called “The White House” app.  With this application, our fellow Americans can see all the latest news items, photos, blog posts and other informational tidbits from our White House.  The feature that everyone seems to be excited about is the live video streaming, which will come in handy during President Obama’s State of the Union address next week.