Who Let The Wow Out?

Apologies to the Baha Men for the reach in the title.

The cartoon heads are barking about Tablet PCs. I don’t mean cartoon head in any negative way certainly. I’ve got one myself and I’m opening my big mouth to let out a few yelps of my own. I’d like to see others do the same, since we are apparently at one of those “pain point” moments. Again. Rob Bushway started a great, and in my opinion, needed conversation about what he perceives as the missing “Wow” factor in Tablet PCs today. James Kendrick picked up on it and has written (spoken) more words about the state of things. Marc Orchant has also barked a bit. Here’s my $.02

Answer this question: what was the last exciting piece of Tablet PC specific software that you rushed out and plunked down your cash for, or couldn’t wait to download? C’mon, name it. I’ll wait. My Top Tablet PC apps haven’t changed much in awhile and I’m willing to bet yours haven’t either. But let’s take OneNote 2007 as an example (and it isn’t by definition Tablet PC specific.) If there is a killer Tablet PC app out there right now, OneNote 2007 is it. Anybody seen any real push for OneNote 2007 from the folks in Redmond? But I’m veering into marketing. More veering ahead.

Further, let’s look at the Ultra-Mobile PC. Now that I’ve had my hands on a couple to really work/play with, I see the value and I see the excitement behind the concept. I’ll admit I didn’t early on. But face it, the marketing of the UMPC was a disaster that I’m not sure will ever go away, in fact it it is still a muddling mess. And software for the UMPC? When an unsupported utility that allows you to access control buttons in UMPC native resolution to workaround an OS that doesn’t recognize the small screen is greeted as the second coming of Lotus 123, you’ve got a problem. 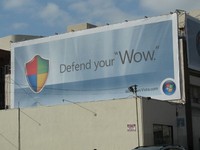 While it is true that on some fronts software is being developed for the Tablet PC there’s a dearth of “Wow” factor bits and bytes out there. Software drives hardware and hardware sales. It always will. And both the hardware and the software issues here relate entirely back to marketing. Or the lack of any prowess in attempting it.

Back in the day, The “Microsoft can’t market Tablet PCs ” meme bounced around the Buzz as frequently as server crashes occur there today. That meme has been largely dead lately but it needs to be resurrected. Those responsible have missed the mark time and again. I’ve characterized it as “SnakeBit syndrome” before. With every move you can almost feel the fear of getting bitten again. That fear affects not just end users but software developers, OEMs, and the retail channel. Some thought Think in Ink was a brilliant campaign. I didn’t. It missed the point entirely. While Inking is a key factor in Tablet PCs, the strongest factor that should have been pushed was that Tablet PCs (and later UMPCs) offered more ways to interact with your computer and input your data. Anybody remember that Gateway ran away screaming from Tablet PC with their push to “convertible” and actually had some success with it? Even with a lousy Inking experience? I bet they’ll have an even better success with their newest Convertible, the E155C, and not just because the Inking experience is better. Let’s talk about voice recognition. Anybody heard any strong voices talking about that lately? As jk alludes, the noise about voice recognition has largely been muted.

Here’s a brief story from my Chicago theatre background as an analogy. There are many types of actors: Shakespearean, musical comedy, dramatic, etc…. An old musical theatre producer friend of mine was once discussing “the biz” with a bunch of actors in a bar. One of the actors said he just didn’t get why musical comedy actors were in such demand, even in the classical theatres. My friend asked him, “Can you act?” “Yes.” “Can you sing?” “Nope.” “Can you dance?” “Nope.” My friend says, “So, you can only do one third of what the top talent can do, and you wonder why you don’t get the same amount of work.”

I think the same can be said of computers (mobile or otherwise) that don’t allow you to interact and enter data in multiple ways. In my humble opinion that should have been the approach all along and still could be. It is quite simple. Why settle for a computing solution that leaves you less productive when you don’t have to? Why settle for a computing solution that keeps you from interacting with a client/student/family member in ways that can enhance the interaction? Why settle for less when you can have more? All that nonsense about UMPCs not having keyboards could have been easily circumvented if the approach had been focused on the additional ways you could interact with your device and the freedom that offered, instead of just focusing on “touch” as a new input method. I found it hilarious that “touch” all of a sudden became the hot new thing the minute the iPhone was announced. Watch what I tell you, someone is going to scream for a stylus quickly after the iPhone is released, and there will be a boon in Bluetooth keyboard promotions.

Let’s face it. Microsoft just can’t market effectively for whatever reason, especially in this case. The 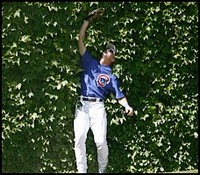 OEMs and ISVs trying to get on the bandwagon muck around in the miasma as well because there is no clear message. Who let the Wow out? The marketing folks responsible for barking the loudest. If they can’t figure out how to sell it, they ain’t gonna develop it, and they ain’t gonna promote it. Rob, jk, and Marc are talking about the symptoms and and largely missing the disease.

If you’ve been paying attention to what’s being written about the Microsoft reorganization that is taking place post Vista, it sounds like a lot of things are topsy turvy on the inside in Redmond. If you want the “Wow” back, let’s just hope that whatever changes are taking place happen in the marketing mechanism as well. But that would be too easy and would make too much sense. Another Chicago analogy: Microsoft is very much like the Cubs. Why spend the energy and the resources to create a winner when the turnstiles keep turning? The only problem with that, is that occasionally the White Sox field a contender and then everyone sees that the ivy walls are just window dressing. Pun intended.