Though based entirely on “sources” from a Dutch blog, the whispers that Apple could be preparing to launch a 3G-capable iPod touch this Fall are worth listening to. If true, this could have the potential to shift the smartphone landscape and pave the way for the data-only offerings that many customers have been waiting for.

As it stands, the wireless carriers are running the show. While competition among them may keep overall prices from going higher than they are, they have agreed upon certain pricing structures that don’t benefit customers – and no longer make any sense. Chief among these are a) text messaging plans, and b) the failure to offer data-only plans.

Maybe in the early days of SMS – when having data capabilities on a phone was a novelty – charging extra for texting made sense. Maybe. Today it is absurd. On a line that already has a voice plan and a data plan, tacking on another $15/month for unlimited texting (which, in the highest use scenarios, might add up to a few MBs of data) is the ripoff of the century.

The problem is – your average consumer doesn’t even know he’s getting hosed. After all, that’s how he’s always been charged, so “I guess that’s just how it is.” The carriers feed on this mentality like vultures on carrion. 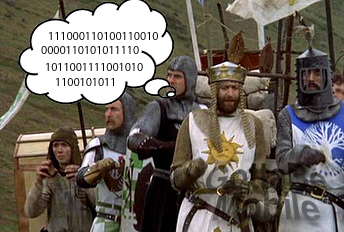 A 3G iPod touch would give people the opportunity to have the biggest thing that carriers have been withholding – a contract-free data-only plan on a high-end phone. This would be monumental.

If Apple keeps the same formula that they’ve been using, and keeps the iPod touch a notch or two behind the current iPhone, it would likely be almost an iPhone 5. The 4th gen. iPod touch has several major differences from the iPhone 4:

A 3G touch with those handicaps would serve as the low-cost “iPhone lite” that has been rumored. It would not only offer a low-cost way to get an (almost) iPhone, but it would be contract-free, and the monthly costs would be affordable for nearly anyone. 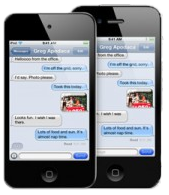 Apple has already taken a swing at the carriers by introducing iMessage in the upcoming iOS 5. iMessages are free to other users on iOS, and only messages to non-iOS friends count as regular text messages. This iPod touch would have iMessage built in. Users can easily text all of their buddies on iOS using their data plan. Apps like Google Voice, Textfree, or any one of a zillion others could handle the texts to people on other platforms.

Skype’s business would boom (and Microsoft would look brilliant for buying them), as people would turn to the most popular VoIP provider for their calls. Other services like Fring, Line2, and countless SIP clients would be options as well.

If data plans were priced similar to those on the iPad, monthly wireless bills would sink like the Titanic. This chart (worked up several months ago by AllThingsD) compares AT&T’s and Verizon’s iPad data plans: 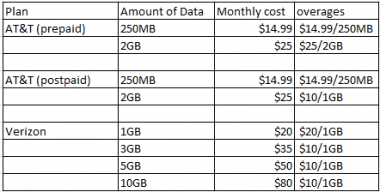 If you can live with 3GB or less of data per month, you would be paying no more than $35 (before fees) for your 3G iPod touch. That’s $100 less than what some people pay for iPhone plans with voice/data/SMS. If you want an extra cushion and would like 5GB, you’re still saving big at $50/mo.

Of course, if Apple really wanted to go for the carriers’ jugulars, they’d make this the year that the iPod touch catches up with the iPhone. We’re talking the same camera, same screen, GPS, earpiece, and proper microphone. It would essentially be a data-only iPhone. Unfortunately, there are many factors flying in the face of that. The first among those obstacles is cost. If Apple churns out an iPod touch that’s the equal to the iPhone, how are they going to sell it for several hundred dollars less than they sell an unlocked iPhone 4? The answer is simple: they’re not.

What would suffice would be an iPod touch that keeps the same qualities as previous generations, only it would need two things: an earpiece and a microphone in exactly the same places as they are on the iPhone. Users can live with a worse camera, no GPS, and shoddy viewing angles – if everything else is there. At $300-400 with no contract, it would be the best buy in wireless.

A 3G-capable iPod touch would finally put some power back in consumers’ hands. It would provide a low-cost iPhone alternative, and – perhaps more importantly – it would help educate more customers that data is all you need. More people will question why they’re being billed for voice minutes, text messaging and data. And when the consumers realize that, they will demand it, and carriers will be forced to oblige. It will happen at some point, and Apple is one of the few companies that can help spark that change.

… then the only problem would be preventing the carriers from doubling the cost of those data-only plans.