For a lot of techies, a physical Google Wallet credit card–not just the Google Wallet app coupled with an NFC chipset inside a smartphone–brings hope that the service may become more widely available as three of the four major U.S. carriers still shun Google’s digital wallet app. However, the physical card may be just as important for the average non-techie consumer as well, as Google can potentially bring a seamless shopping experience to the masses. 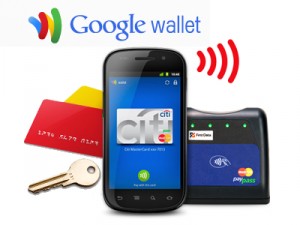 First, by linking all, or most, of your credit cards to your Google Wallet physical credit card, this can help eliminate the headache should your physical wallet get lost or stolen. Right now, on a typical day, I carry around five credit cards, an ID, and some cash in my wallet. If I lose my wallet, I would have to call at least five different banks and financial institutions to cancel those cards. If I could link all five of those cards to a Google Wallet credit card, I can just cancel the Google Wallet card and that’s four less phone calls to make.

However, linking your credit card, if you don’t have a smartphone to manage the Google Wallet card, is not all that simple to maintain. For example, with Google Wallet on the Sprint Galaxy S III right now, I can walk into a merchant that supports the service, pull up the app, and decide which of my five credit card to pay with. The situation may not be easy to manage without an accompanying smartphone app that connects instantly with real-time data and management. Users likely would have to choose a default card to use most of the time and will only be able to switch, for example, when they have access to the Internet or will have to call in to switch to a different card for payment each time.

Another benefit is that loyalty cards, movies and events tickets, travel and transportation tickets, incentives, deals, and offers could all be integrated into this single card. This means that users can potentially eliminate a lot of other plastic cards and items in their wallets and carry just a Google Wallet card and an ID or license.

So while Google’s dream of a plastic-less future in the hope of moving forward with NFC integration on a smartphone may be short-lived, a Google Wallet credit card has the potential to have more impact on more people.