Some may argue that an iOS 7 jailbreak, which was recently announced to be possible, may be superfluous as iOS 7 brings with it more features and allows for even more customization already, negating the need to hack Apple’s mobile OS. Others may argue that jailbreaking is too much work for the average consumer and that at the end of the day, it’s only the geeks and tech savvy who really benefit. However, an iOS 7 jailbreak would benefit the entire ecosystem.

With each successive revision of the iOS operating system, new features are added to make the OS even better and more competitive against rival OSes. Some of the new features that were added in the past include the ability to create folders, the flexibility of being able to customize the lockscreen, adding the option to multitask, and giving users the ability to tether. 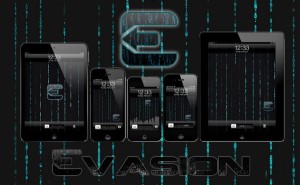 While those features, at the time they were introduced, may sound novel, the features that Apple added were inspired from prior jailbreak tweaks and utilities. In fact, before Apple allowed users to change wallpapers and lock screen images, jailbreakers had created a utility to bring custom wallpapers to the iPhone. Before there was multitasking, jailbreakers devised a way for apps to always be running in the background. And before tethering was even considered by the carriers, jailbreakers allowed the Internet to be shared from the iPhone to other devices.

Granted, Apple had improved on many of the features it borrowed. Take for instance multitasking. Rather than allowing apps to always be running and eat away at battery life, Apple created push notifications. Instead of just Bluetooth tethering, Apple added WiFi tethering and USB tethering. Apple borrows and add elegance to what it takes from the community.

So while iOS 7 already brings new features to keep iOS up to date, through a larger jailbreaking community, new features, ideas, and innovations be come up for new features that may be included in a future iOS version. Perhaps some of the tweaks, hacks, and utilities that will be introduced through the jailbreaking efforts on iOS 7 can be found on a future generation of iPhone and iPad devices running iOS 8. By opening up the “development” on an unofficial level, hackers can help inspire Apple to come up with new experiences for the iPhone.

Bringing Change That Apple and Carriers Are Not Willing to Embrace

One feature that’s long been missing on the iPhone is the ability to download large files over a mobile 3G or 4G network. Apple has restricted the ability to consume large amounts of data in an effort to protect the consumer against themselves, but that leaves power users wanting more.

For example, a 50 MB download limit means that I cannot download an iTunes movie or TV show file over a carrier’s network. However, with the appropriate jailbreak tweak, I can fool my phone to thinking it’s connected to a WiFi network when it’s on 4G so I can readily download a movie, if I so choose to use my monthly data bucket for this purpose. This really comes in handy when traveling. After all, if I can tether my iPad to my iPhone–the iPad would be on a WiFi network created by the iPhone to share the phone’s 4G connection through tethering–to download a movie this way, why can’t I do the same on my iPhone over 4G? In either situation, I’d still be consuming the same amount of data over my carrier’s mobile broadband connection.

The Sky’s the Limit

When it comes to imagination and innovation, there’s no limit to the creativity that jailbreaking brings. New apps, new utilities, and new tweaks will come. What are you most looking to do when the jailbreak is officially released for iOS 7?