The New York Times offers an interesting look into the world of iPhone manufacturing and why Apple has chosen to turn to overseas factories, rather than the U.S., to build its flagship phone. According to the Times, the decision to turn to China is in large part about scale, rather than costs. Had the iPhone been built in the U.S., the added cost for U.S. labor capital would amount to approximately $65 extra for each phone sold, but it would not be possible to innovate at the rate Apple is looking to drive change if the phone was made in the U.S. 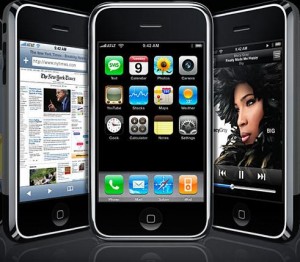 Take for instance the decision to go with a glass screen. A month before the iPhone was scheduled to hit the market, Steve Jobs had beckoned his team and told them that the prototype he was carrying contained a lot of scratches. He demanded that the plastic screen be fixed: “I want a glass screen, and I want it perfect in six weeks.” Apple’s team went to China and the rest is history as Apple had marketed its debut iPhone with a scratch-resistant glass that other smartphone-makers have since tried to emulate.

For Apple, the move to Asia was not about cost, but about flexibility, scale, and efficiency. Additionally, with the support of the Chinese government and huge amounts of subsidies, Chinese business partners can deliver results to American corporations in a way that would make it unfeasible to have a factory in the U.S. Known for tightly controlling its supply chain, Asia is also a natural choice for Apple since many of the factories that build components for its computers and mobile parts are situated in close proximity of each other, cutting down time for delivery of parts.

The jewel of China is Foxconn, where huge dormitories of employees work to build tech products for Apple and other companies:

The facility has 230,000 employees, many working six days a week, often spending up to 12 hours a day at the plant. Over a quarter of Foxconn’s work force lives in company barracks and many workers earn less than $17 a day. When one Apple executive arrived during a shift change, his car was stuck in a river of employees streaming past. “The scale is unimaginable,” he said.

The company has 300 guards to direct foot traffic to reduce bottlenecks in doorways.

Another advantage is that China can find skilled workers quickly. According to a former Apple employee, Foxconn can hire 3,000 people overnight, and China also provides for engineers required to set up the assembly lines to scale iPhone production:

Another critical advantage for Apple was that China provided engineers at a scale the United States could not match. Apple’s executives had estimated that about 8,700 industrial engineers were needed to oversee and guide the 200,000 assembly-line workers eventually involved in manufacturing iPhones. The company’s analysts had forecast it would take as long as nine months to find that many qualified engineers in the United States.

With Apple’s success, some of its manufacturing partners have migrated their factories to China to be next to Apple’s factories. Corning, the makers of the scratch-resistant Gorilla Glass, has also established plants in China.

You can read more about Apple’s China story and why it chose to forego the “Made in the USA” label in the New York Times.