When it comes to App prices, there’s a fine line for developers to walk. Price to high and you lose out on sales, price to low and you leave money on the table.

For the most part iOS developers set their own app prices, but according to Steve Ackerman, studio director for Somthin’ Else, Apple is playing a role in the pricing of apps.

Before the studio launched Papa Sangre, Apple contacted the company to discuss promoting the app, with a particular interest in the price of the app. Speaking at Edinburgh Interactive, Ackerman told the audience, “They asked us how much we were going to sell it for, and we said maybe ₤1.99. They said ‘you must be joking, this is a premium app, this is worth more than the price of coffee.'”

Somthin’ Else took Apple’s advice and priced the app at ₤3.99, selling around 50,000 copies at this price.

Why is Apple getting involved in app pricing? There are a few reasons Apple wants to keep app prices high. 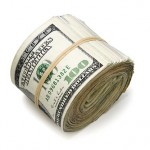 First off, Apple takes a cut of every app sold, 30% of each app. In the case of Papa Sangre, Apple doubled it’s cut of the profits when the price jumped. The financial incentive is real, but isn’t likely the major reason.

A more likely reason is Apple’s desire to have a thriving app store. When developers don’t earn enough money to support their operations, it becomes difficult to build out the app catalog with games from high-end developers.

Apple obviously has the most data about app sales, which puts Apple in a better spot to suggest pricing.

App sales are often discussed as a race to the bottom, with prices dropping and dropping. As developers are able to do more with their games, and deliver higher caliber games, Apple wants to keep prices from crashing.

Why? Aside from the first two reasons mentioned above, Apple has high hopes for gaming apps, and likely views the iPhone, iPad and Apple TV as a new way to game, which cuts out the traditional players. We expect to see a number of iPad apps that launch with iOS 5 that streams wirelessly to your HDTV, with an Apple TV, and Apple wants to keep premium app prices high.

If the iPhone 5 gets a faster processor, it might also support this new game style, which could turn it into your new gaming controller. 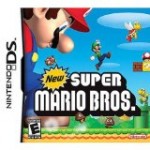 Coming to the iPhone?

Apple thinks big. The company could be working to coax new games to the platform from big names such as Nintendo.

While the current head of Nintendo won’t stand for Mario on the iPhone, investors see lost sales as consumers flock to the iPhone and Android and shun dedicated mobile gaming consoles like the Nintendo 3DS.

It’s tough to bring Nintendo apps over when they typically retail for $30 to $35, significantly higher than iPhone and iPad games. It will take a lot of effort to convince consumers it’s better to buy one game instead of eight for the same price.

We’ll have to wait and see if this is part of a master plan, or just Apple’s typical control freak mentality spilling over into the app store pricing.