Choosing what your next smartphone will be today is already a complicated buying decision, but one that will get even more complex in the years to come thanks to increasing convergence with the mobile space.

When I buy a smartphone today, it’s a highly personal experience, but one that’s far more intricate than just an emotional response to Android, BlackBerry, iOS, and Windows Phone. I have to consider the digital content ecosystem–from available apps, services, e-books, entertainment with videos and movies that I can buy and download. I must also consider an individual device’s features and what is important to me–from HD displays and the varying technologies to photography capabilities and on-board storage and processing power. I also have to factor in carriers along with the hardware ecosystem for the accessories I want, crave, and need. And that’s not even considering budget, depreciation, resell value, how long I intend to keep the phone for, and opportunity costs. 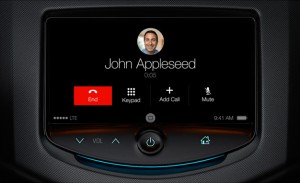 These are just a few of the things that come to mind when a reader from GottaBeMobile or friend ask me what smartphone they should buy next.

However, when we have smart cars, smart homes, and integration with smartphone from a vast array of spaces in the future, these decisions will also factor into the smartphone buying decision of the future.

In the next few years, if you will be buying a car and a new phone, you’ll likely have to ask yourself how nicely will my phone and car interoperate with each other. Essentially, the phone is the new accessory for that brand new car of yours and your car will be the hot new accessory for the shiny new phone that you just inked a two-year service agreement with. Given that on average, consumers hang on to their cars–a far pricier purchase–longer than their phones, a lot of thought must be placed when buying either tech tools as they’ll impact at least the two years of your life together.

Earlier this week, General Motors announced that through its investment into Duracell’s Powermat alliance, wireless charging will be coming in select 2014 car models, though the Detroit auto-maker didn’t go into specifics. To take advantage of Powermat’s wireless charging, you’ll either need a phone that supports it natively, of which there aren’t any right now, or one that does so through a case or third-party accessory. Starbucks had announced that it will also support Powermat wireless charging in stores in select markets as well. 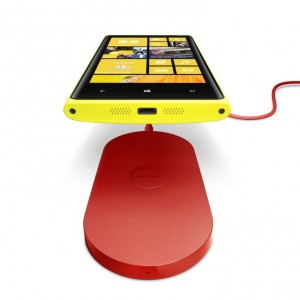 Wireless charging sounds simple enough, and is definitely a nice luxury for many smartphone owners, but behind the surface of placing your phone onto a surface to charge, there is still an on-going battle for which wireless standard will emerge. Toyota had partnered with the Qi standard backed by the Wireless Power Consortium, and neither Qi nor Powermat will play nice with each either. Qi’s also backed by Google through the company’s Nexus products as well as Nokia and Samsung. Yet, still a third standard backed by the Alliance for Wireless Power is also competing in the same space.

This is just a simple hardware accessory for your car–a surface where you can place your phone down on, without having to plug in a cable, to charge your phone.

Now, given the car of tomorrow will likely come with apps, connectivity, and offer remote access with your phone, that equation will get even more complicated. OnStar, which already offers remote unlocking and starting of the car from an Android and iOS app recently announced that it’s extending its service to GM vehicle owners with Windows Phone. Viper, which offers similar, but more limited remote start capabilities, has also extended its service to Microsoft’s platform similarly.

And then that’s just scratching the software surface. The phone must also play nice with the car, and we’ve seen, in Apple’s June presentation announcing iOS 7 that it’s making a big push into the car by extending the iPhone experience in what it considers a safe way to your car’s center console. Apple Maps, Siri, and the Music player app will all be coming to the infotainment center.

So if you’re an Android owner and Ferrari is backing Apple’s iOS 7 in the Car exclusively, what will you do with your co-branded Vertu smartphone that comes with Ferrari aesthetics? A phone that costs in excess of $20,000 today and runs the Android OS in a luxury case that’s handmade in Britain may prevent you from purchasing that $300,000 Ferrari car if this is true. 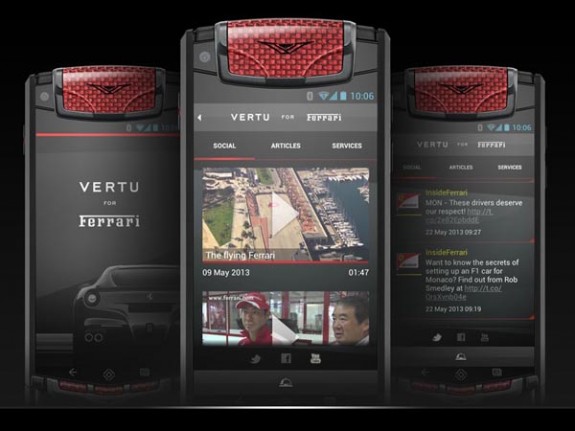 Buying a car in the future will be more than just looking at MPG ratings, safety, and the technology inside your car. It’s about how your digital life will interact and interplay with each other. The same is true of smartphones. When your family sedan doesn’t do what you expect it to do, then it may not be worth the purchase. And if you think the battle between iOS and Android is bad now, it’s only the beginning.