I switch to do apps more often than Kardashians switch husbands, but I think I have finally found a to do app that will last.

Clear to do is a new to do app that brings a simple new user interface to your iPhone, offering gesture based controls and no buttons.

While some may question the usefulness of this simple app compared to the options and features of apps like Producteev, the built-in Reminders app and others, Clear fits my to do style. Read on to find out why I prefer Clear, and why you might like it too; especially if you like to carry around paper to do lists.

Clear for iPhone is available for 99 cents for a limited time. No details on a final price are available. 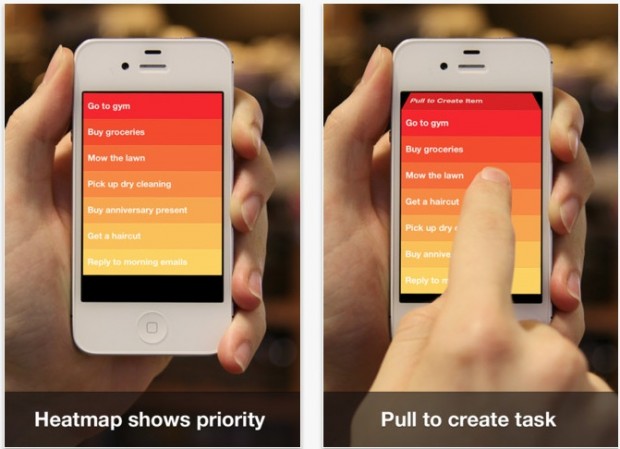 Why I’m a Fan of Clear

While I’ve tried to use many to do apps over the years, they always fall to the wayside as I go back to the simplicity of pen and paper. I’m sick of all the options and friction that most to do apps bring to the table. With Clear, I can add my to do items and cross them off as I finish them.

Everything is done with gestures, which does limit some of the usefulness if you only have one hand, but the basic tasks all work for one-handed operation. Adding a new task is a quick pull down, and a long press allows me to move apps up and down in priority. To mark a task as completed, I just need to swipe and it’s done.

The video below shows the gestures of Clear, and why I’m a fan of the app’s simple operation.

I’m finding that the easiest way to add a list when I am at home or in my office is to use the built-in iPhone dictation, so I can actually speak my to do list items for faster adding.

I also like Clear because it doesn’t have several features — namely alerts and due dates. When I add items to a to do list, I know I need to do it, but I don’t need to set reminders and due dates which end up interrupting my current task or pushing an app off my to do list to a past due task list. When I have time sensitive tasks or meetings, I use Google Calendar to schedule a time. This fits my to do style perfectly, but it may not fit your job or needs. 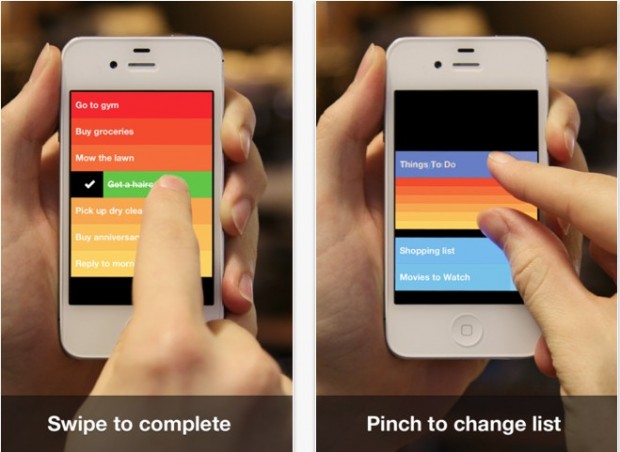 Clear isn’t the perfect app. I have two complaints, but neither will stop me from using it as my regular to do app.

The biggest issue I have is that there is no syncing between devices with iCloud or another system. While there is no iPad version of the app, I want to able to pull up my to do lists on the iPad when my iPhone isn’t at hand.

The only other issue I ran into is the limit on the number of characters you can put in a to do item. For me, this means I can’t put down a title idea for a post as a to do task. Instead, I have to shorten the to do entry. Again, not a deal breaker, but I wish I could add more.

Have you tried Clear? How do you like it? If you don’t, what’s your favorite to do app?