The big news out of the iOS 6 camp this week is that the YouTube app will no longer be a native app on Apple’s mobile platform and that with the latest developer build of the iOS 6 release, YouTube has been removed. This will surely be a temporary absence for the video player, which has been present on the iPhone since the device initially debuted in 2007 where Apple’s late CEO had introduced board member and then Google CEO Eric Schmidt to the stage where he told the audience that ‘you can’t think about the Internet without thinking about Google,’ highlighting the two companies’ intertwined relationship at the time. 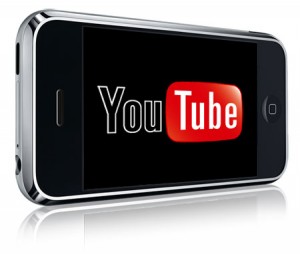 While YouTube on the original iPhone led the way for how YouTube and web videos can be viewed and played on a mobile device, development for the app has stagnated and today Android’s YouTube player is far more advanced than its iOS rival.

The landscape is different today. Rather than collaborators, Google and Apple have become competitors. iOS 6 showed public signs of rifts between the two tech giants as Apple removed support for Google Maps in favor of its own in-house solution. Now, we’re seeing YouTube removed, and this may not be a bad thing to imagine for consumers, content producers, and Apple.

First, for Apple consumers, with Google taking over development of YouTube, we may see a better YouTube experience that may be more akin to what we’ve been seeing on Android. As the iPhone 5 is rumored to support faster mobile broadband technologies, including 4G LTE, a better, re-imagined YouTube experience is needed with support for either HQ–high quality–or HD–high definition–modes. Quite a few of the videos on the YouTube app are grainy as they were created at a time when mobile broadband networks were slower and more congested–the iPhone debuted with support only for 2.5G EDGE networks.

Additionally, with Google controlling the app, we may begin to see more consistency on how YouTube for mobile works on Android and iOS. Moreover, the app can get quickly updated with feature changes.

And finally, for Apple, this means that it will no longer need to dedicate a team and resources into maintaining and updating this app. Hopefully, with freed up resources, we may see Apple venture into other areas, such as mobile payment and NFC technologies.

Regardless of whether Apple or Google killed YouTube, the new player developed by Google may be something that will be good for consumers.