Why I Bought the iPhone 6s Plus on AT&T

Apple and its partners just put the iPhone 6s and iPhone 6s Plus up for sale and I promptly ordered the iPhone 6s Plus with AT&T service to serve as my primary phone. There are more choices than ever when it comes to buying a new phone and in this article I’ll explain why I made this choice. 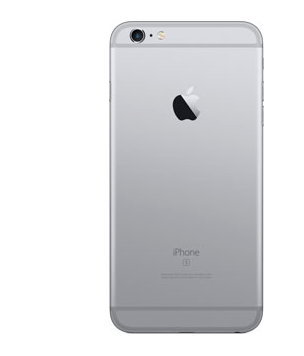 iPhone 6s Plus in Space Gray

To be specific, I bought the Space Gray iPhone 6s Plus with 128 GB of storage from AT&T. I will be buying AppleCare+ to go along with it. The full retail price of this version of the iPhone 6s Plus is $949, but I opted for the AT&T Next 12 plan to keep my monthly discount and so I can upgrade easily to the iPhone 7 when it launches next year.

I’m not the typical smartphone buyer since I use multiple devices, some of which manufacturers provide on loan . I typically carry two phones with me at all times so I can stay connected with my remote team without worrying about a drained battery or one wireless network acting up. That being said, up until now the one phone I never leave home without is the iPhone 6 Plus. That phone served me much better than expected over the past year and I see no reason to go in any other direction.

There’s a lot to like about the latest flagship Android devices such as the Samsung Galaxy Note 5 and the LG G4, but I’m too locked into the Apple ecosystem to use anything but an iPhone as my primary phone. My closest relatives all use iPhones, with the exception of one brother-in-law that works for Google and uses a company-provided Nexus 5. FaceTime and iMessage are simply too valuable to give up in favor of a handful of features that are better on Android than iPhone. I use a Mac Pro when I’m in the office and a MacBook when I’m mobile, two more reasons using an iPhone just makes sense.

The features I’m most excited about on the iPhone 6s Plus are the improved cameras. For me, the 12MP iSight camera and 5MP FaceTime camera justify the cost of the upgrade. I’ve taken some of my best family photos with my iPhone 6 Plus, even though I have a slew of professional cameras at my disposal. The cameras on my new iPhone 6s Plus won’t capture images at the same quality as my Sony RX100 M4 or Nikon D810, but I will always have the iPhone 6s Plus with me and it’s infinitely easier to share photos and video from a phone than it is from a traditional camera, even those with built-in wireless sharing.

Even though I have at least one line of service with each of the four major wireless carriers, I’m going to stick with AT&T as my primary wireless provider since it offers the best coverage and wireless speeds where I live in San Francisco. Every wireless provider has its share of dead zones and  areas with slow LTE speeds, but I rarely run into those issues with AT&T. Verizon is almost as good as AT&T in most places I go on a regular basis, but Verizon’s LTE signals disappear inside many of the businesses and restaurants I frequent in my neighborhood. T-Mobile offers attractively priced wireless plans, but coverage is inconsistent in my neighborhood. My wife uses a T-Mobile iPhone for work and it drops calls several times per week.

I went with a silver iPhone 6 last year, but this year I’m opting for the iPhone 6 Plus in Space Grey because I prefer the black bezel around the display and I want it to match my Space Gray MacBook and iPad Air 2. The Rose Gold color is a little too soft for my taste, but my wife is absolutely sold on the new iPhone 6s color.