Why I Bought the Verizon iPhone 5

Thanks to 4G LTE, picking the Verizon iPhone 5 was an easy choice.

The iPhone 5 launched on September 21st on Sprint, AT&T and Verizon, but there is only one iPhone 5 carrier that makes sense for my use.

For users like myself, living outside of major cities, Verizon remains the best 4G LTE option. Despite AT&T’s claims, Verizon is the only carrier offering faster 4G LTE coverage in cities of all sizes.

Verizon just announced 4G LTE in 400 markets, which beats Sprint’s 24 4G LTE markets and AT&T’s 77 4G LTE markets. With the Verizon iPhone I’m able to use 4G LTE in almost every city I travel to.

Read: AT&T vs. Verizon vs. Sprint – Which Carrier is Best? 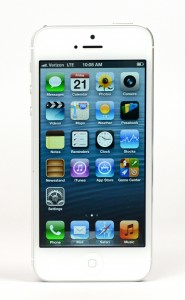 The Verizon iPhone 5 is the best option for me.

Sprint’s unlimited data plans are attractive, especially with a faster 4G LTE connection, but the only thing a Sprint iPhone 5 could pick up near my city is the promise of 4G LTE 50 miles away. This is part of Sprint’s promise to deliver 100 more 4G LTE markets in the coming months, but 4G LTE doesn’t run on promises.

AT&T likes to boast that the company offers, “3,000 more 4G cities and towns than Verizon.” While technically true, this 4G, is not the same as 4G LTE, offering slower speeds. The 4G speeds are worth the lack of 4G LTE for some users, especially considering AT&T’s iPhone 5 is the only one capable of simultaneous voice and data. While I miss the ability to talk and surf the web at the same time, it wasn’t a deal breaker for me. Like Sprint, AT&T’s only 4G LTE coverage near me is a promise for coverage 50 miles away.

Verizon’s network isn’t perfect. Verizon 4G LTE isn’t reliable inside my house, but I’m connected to WiFi at home so that I don’t waste cellular data on my shared data plan. Once I’m outside my neighborhood, Verizon 4G LTE is incredibly fast, and available almost everywhere I travel. I rely on the iPhone 5 personal hotspot to stay productive while on the go, and AT&T’s and Sprint’s slower speeds are not a sacrifice I’m willing to make.

Other GottaBeMobile team members bought the AT&T iPhone 5 for the ability to fall back to 4G coverage when there is no LTE available and to make calls while using data. For users that value these items, or live in larger cities, the AT&T iPhone may be a better choice.

The best advice for picking which carrier to buy the iPhone 5 on is to pick based on the current network, not on promises. Just as Android update promises fall through, so can plans for network upgrades. Despite all of Sprint’s promises it will likely be time to buy a new iPhone before Sprint offers 4G LTE in my city.