Why I Might Regret Getting the 16GB New iPad

They’ve already graced us with the first hands-on video with Apple’s latest iPad as well as the first sample photos taken in the wild with the upcoming third-generation iPad and now Tinhte.vn has treated us to an initial look at the apps that will support Apple’s high-definition Retina Display. The news is both good and bad. While the apps look great, they are going to be up to five times larger than their predecessors.

The new versions of both iLife and iWork will be five times larger than the original versions when they debut with the new iPad. And while some of that probably has to do with the new features that will be on board, it likely has more to do with the graphic support that’s needed for the new Retina Display. 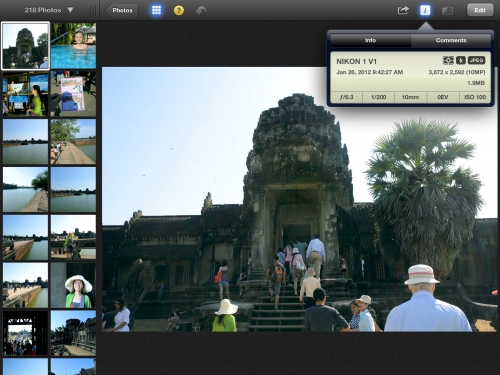 According to their testing:

These applications are developed by Apple has been upgraded to support the Retina screen, for example with Keynote (iWork software sets), this application previously only 115MB capacity but its latest version is 327MB. Numbers from 109MB or 283MB up to, from 95MB to 269MB Pages, iMovie from 70MB to 404MB.

And this is only the beginning.

As more and more developers jump on-board with apps that support the new screen, more and more apps will increase in size. And while we can’t be sure about the exact increases until these high-definition apps are released, we can assume that there will be a fairly substantial increase based on the findings here.

This, unfortunately, could pose a problem for those that are picking up the 16GB model of the iPad.

There are a few of us here at GBM, myself included, who are have already ordered one.

Space, it seems, will be a premium now more than ever on the iPad and those who have bought in to the iPad with the least amount of space might run into storage issues right from the get-go.

As for me, I’ll probably make some sacrifices in order to free up space. The first thing to go will be storing music locally and after that, I might have to cut of the applications that I use the least.

Hopefully this helps to mitigate the problem but I won’t know until Friday arrives.

Anyone else out there thinking they might regret picking up the 16GB iPad instead of a larger model?