I bought an HTC Thunderbolt earlier this year for two reasons – I wanted to play with an Android phone and I liked the option of using it as a wireless hotspot with unlimited data, something that my older Novatel 2200 MiFi didn’t offer on the Verizon network. They only offer limited data contracts. Sure it was a little more expensive for the monthly contract, but I hoped that once my AT&T contract on my iPhone was up I might switch permanently. This month I gave up on using the Thunderbolt as a wireless hotspot and went back to a MiFi, this time the 4G LTE Novatel 4510L model, also from Verizon. I did this for a number of reasons.

The biggest reason? The HTC Thunderbolt’s wireless hotspot feature flakes out too often to be reliable. I don’t live in a 4G area, but do travel to 4G land in both Charlotte and Greensboro areas often. It just seems like the 3G radio in that phone can’t be trusted to work. After a period of inactivity I found that the connection, though seemingly hooked up and running, would not work. I had to turn off the hotspot feature and reconnect. Sometimes this happened even after a period of activity. I could not troubleshoot the problem due to inconsistency. At first it worked great for me, but that didn’t last.

When the free promotional period for the hotspot feature ended, I couldn’t justify paying extra for a feature that quit all the time. I rooted my phone after the promotion ended to see if it fixed the problem. It didn’t. 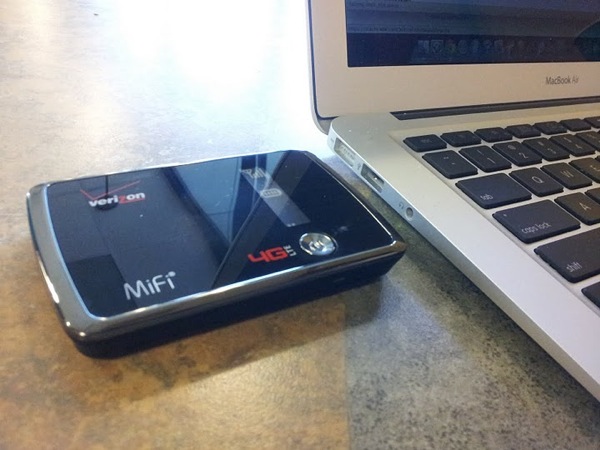 I could no longer justify $80+ per month just to play with an Android phone (which is basically what I was getting since the hotspot feature failed so often). A 5GB/month contract with the new MiFi 4G LTE device costs $50 instead of the $80+ for the contract on my Thunderbolt. Even if I still paid $80/month for the MiFi, I’d get 10GB, which far exceeds my needs. I only went over the 5GB mark once while on vacation in July. I signed up for the MiFi $50 5GB plan knowing that each additional GB of data I used would only cost $10. On a long trip, I might pay $60 or $70 that month – still a nice savings over the previous contract.

I took that $30/month I was saving and reconnected my 3G iPad ($25 for 2GB/month on AT&T). I now have a more convenient connection and plenty of data for my own use, plus that of my family when we travel. We can stream Netflix and Hulu Plus along with our other data needs. And I can rely on the 4510L knowing it will just work so long as Verizon’s network is accessible, which it is in about 98% of the time in places I frequent. Between my phone (2GB/month), my iPad (2GB/month) and the MiFi (5GB/month) I have 9GB of data to play with each month. I doubt I’ll ever pay for an extra gig all for slightly less than I was paying for my 2 phones.

Using your phone as a wireless hotspot may seem more convenient than using a MiFi, but on Verizon you can’t use the phone and use it as a wifi hotspot in their 3G coverage areas (in other words where I live). I plug the MiFi into my car’s charging port. The device takes up less space in my pocket than the Thunderbolt, and works better because of simplicity. I now have AT&T data on my phone, and iPad and Verizon data when AT&T fails me or when I want to get online with my MacBook Air. I’m always connected, something I find necessary.

No Extra Costs Despite Early Upgrade

You might think that changing my device after only five months would cost a bunch. Indeed, I had to pay $270 for the MiFi since I didn’t qualify for a 2-year upgrade contract price. I put it on my credit card and sold the HTC Thunderbolt on eBay for $312. I had a net gain of about $42.

Why Not Use AT&T Hotspot on my Phone

Some people might ask me why I don’t just use my AT&T phone, a Samsung Infuse 4G, with the wireless hotspot feature. The truth is I could do that and likely be fine. Sometimes AT&T data slows way down or fails in some of the places I go, like to my family’s home in Milwaukee or in rural areas of North Carolina, Kentucky and Indiana. Verizon works almost everywhere I go.

I’ve noticed that since the iPhone came to Verizon data speeds in my area seem slower with more traffic. I have no numbers to prove that, but based on my experience I would say Verizon 3G in our area slowed down slightly. Unfortunately, AT&T 3G drops out often the further you get from I-40 in Burke County, where I live. Between Verizon and AT&T I can always get online. Sure the extra device is a luxury, but I’m willing to pay for it.

Having the HTC Thunderbolt showed me that I could live full time in the Android environment and enjoy the phone. I may go back to an iPhone if Apple catches up in a few key areas: screen size, better built-in turn-by-turn directions, better voice integration and better keyboard. Buying the Samsung Infuse 4G means I didn’t need the Thunderbolt to play with Android any longer.