For those who think it is because I’m an Apple fan boy, hear me out. It has nothing to do with the fact that I’ve been an iPhone and iOS user for some time now. I’ve been reading quite a bit about the Galaxy Nexus and Ice Cream Sandwich. I have to admit, I’m impressed by what I’m seeing and hearing from some folks who have gotten their hands on the phones and the OS and offer opinions and impressions that I have come to respect. Those impressions were so lasting that I spent the better part of my spare time over the last 7 or 8 days wondering through Verizon (and other carriers) stores and checking out Smartphones with larger screens. 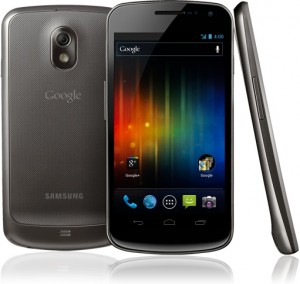 That’s my first stumbling block and it boils down to a personal preference over screen size. I’m not a fan of larger screen phones. I characterize anything larger than 4 inches as a larger screen. This is both a visceral and a psychological thing with me. While I’m impressed by what the larger viewing area offers on some of these phones, they just don’t feel good in my hands. I have average sized hands so this isn’t about the reach that some talk about. It is literally about the size of the phone in my hand and how that feels.

Psychologically, and this may seem a bit foolish, the larger form factor Smartphones seem to call more attention to themselves. I think we’ve passed the point where Smartphones make folks heads turn when they see one being used. That said, in watching other folks use larger size phones they just look out of proportion when I see them holding them up to their ear. Yeah, I know I’m crazy. And this comes from a guy who has no problem wearing a Blue Tooth headset everywhere I go.

I’ve been very intrigued by Ice Cream Sandwich since Google unveiled it. I think Android may have finally grown up from a design and usability standpoint based on what I’m seeing and reading. I’m thrilled if that’s the case. Admittedly my Android experience has been limited to Tablets so far and as readers here know I’ve been unimpressed so far with those experiences. I know that Android on a phone is a different beast. I”m not sure why that’s the case, but I know that it is different. That said, ICS seems to offer some significant evolution over what we’ve seen in the past. Significant enough for me to have been pinching pennies for a bit in case I wanted to pull the trigger. (Thanks to all the delays, I’ve pinched enough.) ICS is the first time that I’ve really felt the pull to Android on a phone that has me considering another carrier contract. Sure I could buy an unlocked version, but I’m still got to work with a carrier and add some cost to the monthly bills.

But there’s another stumbling block, and that’s why the first word of this post is “yet.” I don’t live in a LTE area. I do travel to some areas that have Verizon’s LTE available. But that’s not enough of a reason for me to jump on the early adopter bandwagon at this point given that most of the reviews I’ve read have been about phones that don’t operate on Verizon’s LTE network. I figure by the time we have enough real world experiences dotting the Internet, I’ll have a better idea about how the LTE radio impacts battery life and what I should expect from Verizon.

And that’s stumbling block number three. As much as I hammer AT&T about its many problems, I’ve also never had a good experience with Verizon. Paying the monthly freight to any carrier is an obligation like paying alimony. You’re always swallowing a bit of bile when ever you write the check because you feel like you’re paying for a past mistake. I don’t think that will ever change with US carriers, but I just can’t be happy about adding what amounts to a monthly payment to a second company that has never done me any good, no matter how much I’d like to use the product they are peddling. At least my experiences with AT&T’s customer service have been better than my past ones with Verizon.

So, about that “yet.” I’ll wait this one out. I’ll see what Adam and the many others like him have to say. But not tomorrow. I’ll wait until after the blush and glow of the first date has long faded. How this all looks in a few months will be a big indicator as to whether or not I’ll take this plunge. But that’s assuming I can hang on to those pennies I’ve been pinching in the meantime.