One of the new features in iOS 9.3 is called Night Shift, and here’s why it’s such a huge deal.

iOS 9.3 was recently announced, but it’s not yet available to the public in a final state just yet. It’s still in beta mode at the moment, giving developers the opportunity to test out the update before it rolls out to all iPhone and iPad users.

iOS 9.3 includes a handful of new features, like new 3D Touch Quick Actions, Touch ID and passcode support for the Notes app, improvements to the News app, and a host of bug fixes and performance improvements.

Read: 11 Things to Know Right Now About the iOS 9.3 Update

However, one of the biggest features of iOS 9.3 (or at least the feature you should pay the most attention to) is called Night Shift, which changes the display’s color temperature to a warmer tone at night in order for the screen to be easier on the eyes in dark environments.

But what makes Night Shift such a big deal? It seems like just a small new feature that Apple has added to iOS, but it’s actually a big feature that could improve your overall health. 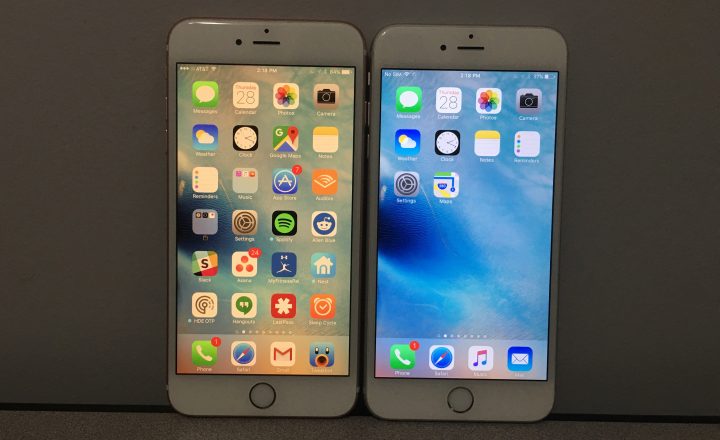 It’s not a problem during the day when the sun is out and you’re wide awake, but at night, that cooler color temperature of your iPhone’s screen can mess with your eyes, and since the color tone emitted closely matches that of daylight tones, your brain thinks it’s still daylight out when it’s actually late at night.

Because of this, looking at LCD screens at night can mess with your circadian rhythm, which is a fancy term for the 24 hour cycle in the physiological processes that your body goes through.

One part of the circadian rhythm is the day and night cycle, so when the sun goes down, that’s a signal to your brain and body that it’s time to settle down and get ready for bed. However, that bright blue hue that your screens emit can mess with this process and make it difficult to fall asleep. 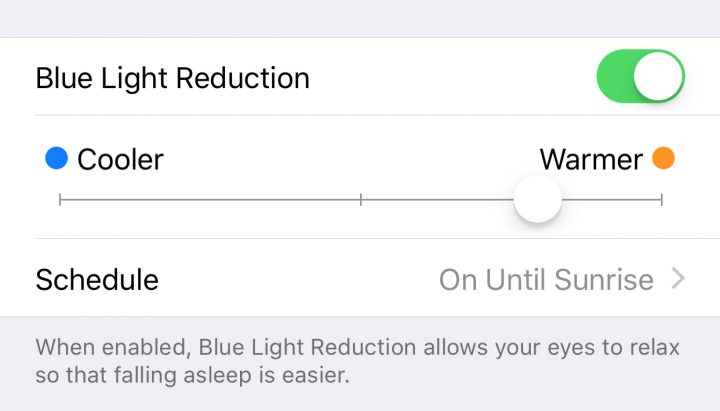 Enter iOS 9.3 Night Shift, which is a new feature that aims to fix this problem. Night Shift can automatically warm up the color temperature of your iPhone’s display as it gets later and darker out.

So your iPhone’s display can look normal during the day, but you can turn on Night Shift and have the screen automatically change its color temperature to match the warmer lights in your house

Without this feature, looking at your phone at night isn’t doing you any favors. In fact, it’s bad for your health. 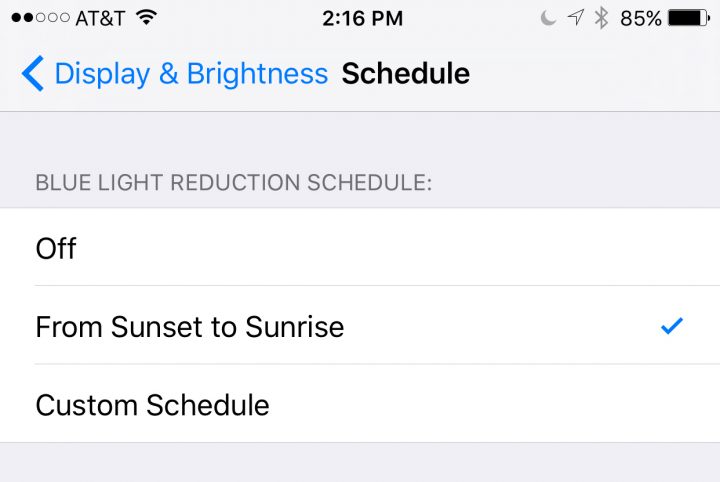 Charles Czeisler, PhD, MD of Harvard Medical School and Brigham and Women’s Hospital says that “artificial light exposure between dusk and the time we go to bed at night suppresses release of the sleep-promoting hormone melatonin, enhances alertness and shifts circadian rhythms to a later hour—making it more difficult to fall asleep.”

A lack of a good night’s sleep is okay every once in a while, and it happens to everyone, but having constant nights where you’re unable to get a good night’s rest has long-term negative effects on your health, like decreased energy during the day and a shorter lifespan.

Apple has taken a big leap into health recently, with the launch of its Health app that can tie in all sorts of health information from various accessories, as well as the Apple Watch, which comes with an Activity app that tracks your movement and exercise and sets daily goals for you.

iOS 9.3’s Night Shift feature is a move that takes Apple further into the health sector, and while it may not seem like a huge health-based feature, sleep is one of the most important factors to a healthy lifestyle.