Passion about any subject is a good thing. Stating a passionate opinion is a good thing. Stating a strong passionate opinion is a good and often a bold thing. You are your opinions. If you write those opinions down on the Internet, in a publication, or for a stage people judge you based on those opinions. If you don’t believe that or know that you have no business sharing your opinions publicly.

The what seemed like age old passionate battle between Windows and Apple fans has found new fertile soil in a rapidly increasingly man the barricades struggle to end all struggles between Apple and Google’s Android fans. Those that engage the most are both accurately and derisively referred to as fan boys/girls. Too often the passion devolves from passionate fanaticism to a childish condemnation of the opposing view. 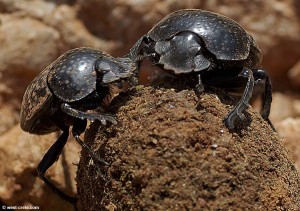 For the most part, as entertaining a commentary as this may be on the human condition, its generally harmless.  On other levels though it has become sadly vicious and at times painfully pathetic. I often wonder how some one new to these debates feels while attempting to sort through the detritus left dangling in comment threads on blog posts these days.

In the last several days two of tech writers I admire have been engaging in a public spat over the iOS and Android thing. The Verge’s Joshua Topolsky kicked this off with a forum post calling out MG Siegler on his review of the Galaxy Nexus and Android 4.0. The title of the post references the leavings that equine animals visit on any surface that happens to be around when it is time for the digestive system to make its purge. Topolsky is extremely passionate in his points and whether intentionally or not, sort of hangs the Android/iOS fan boy canvas into a class warfare frame.

Of course, this being the Internet, Siegler fires back in a post similarly full of passion and similarly titled. He tries to move the argument onto a plane about tech and gadget writing in general. I imagine this will go on a bit longer, but then again, the burning passion behind both of the posts might have already cast enough heat to consume the argument.

I won’t bother to defend or rebut either of these two bloggers. They both make good points. Some I agree with. Some I disagree with. But then, that’s the point. Far too often I believe the reactions that we have to strong opinions in reviews have an incorrect starting point. Simply put, in my view, far too often some assume that reviewers or critics are trying to tell them what to think, instead of just simply using the opinions as a springboard to simply thinking.  If reviews or critiques are read within that simple context then the discourse surrounding the opinions becomes, well, more grown up.

The two posts are also quite entertaining and there is certainly value in that from both a reader’s point of view and a business point of view. Reviewers, op-ed writers, critics, don’t develop a following if they aren’t capable of being at least somewhat entertaining when stating their opinions. Readers return to read opinions they enjoy and trust. Note that I don’t intend trust to mean agree with.

I would venture that if we only read writers that give us opinions we agree with than we are only looking for confirmation of something we hope is right as opposed to something we know is right. It’s like burying your head in the sand hoping you won’t see a different outcome that may challenge your thinking. Or perhaps it’s like a dung beetle rolling up a ball of manure. You can admire the single minded attention to the task, but unless you have the perspective of the dung beetle, you’re still in the shit.

To put it another way: these are just phones and opinions about phones, people.