I’ve been sitting here, thinking about this all morning and quite honestly, I still can’t put my finger on exactly why RIM and the carriers are charging this much money for this phone.

The next iPhone won’t even be priced that high.

Honestly, I have a few theories and all of them are weak. One, the carriers already know that this thing is going to sell poorly and they want to maximize profit. Problem is, this is one of the most anticipated BlackBerry’s in a long time and a lot of people have been excited to pick it up. Wouldn’t they make more money selling a ton of them with a price tag of say, $150? 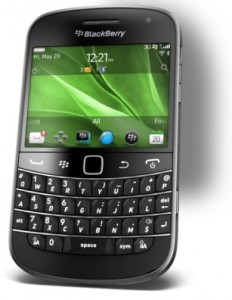 I can’t even begin to think about how many people have been alienated by this pricing.

Two, they want to make it seem desirable. Another problem. Anyone doing their research will notice that one, this thing doesn’t have WiMax or 4G LTE capabilities and two, the specs are dated. I understand that it has some things to like, the form factor and such, but I still don’t see this phone being worth $250 especially with all of the launches just around the corner.

Furthermore, BlackBerry is going to be ditching BlackBerry 7 next year when it releases QNX-powered handsets. I’m supposed to believe that signing a new two-year contract for a phone with an operating system that is soon to be replaced is a smart thing to do? I might do such a thing if the phone was free but $250 is absolutely ludicrous.

People will still buy it though and that’s another puzzle I am trying to solve. Why? Why on earth would you purchase this phone for $250? Are the carriers and RIM hoping that businesses buy up a ton of these at this price? Why would they when you can get the iPhone 3GS or iPhone 4 for cheaper? Is there some discount for the new Bold that I am missing? Seriously, what is going on here?

What it comes down to is that I think RIM and the carriers are banking on BlackBerry’s loyal following. Unfortunately, that following started to wither with the rise of Android and will continue to fall as Microsoft’s Windows Phone platform continues to grow.