In many ways, the HTC EVO 4G LTE for Sprint is a rebranded version of the HTC One X made to be compatible with Sprint’s CDMA/EVDO/LTE Now Network, but the device boasts a feature for mobile photographers that isn’t found on the version for the international market and the variant that’s available on AT&T, and that’s a dedicated shutter button.

Whether you’re a seasoned photographer who use your mobile phone to rival scenic landscapes from Ansel Adams to a doting parent trying to photograph your child’s first steps, the HTC EVO 4G LTE’s dedicated shutter button provides several benefits. 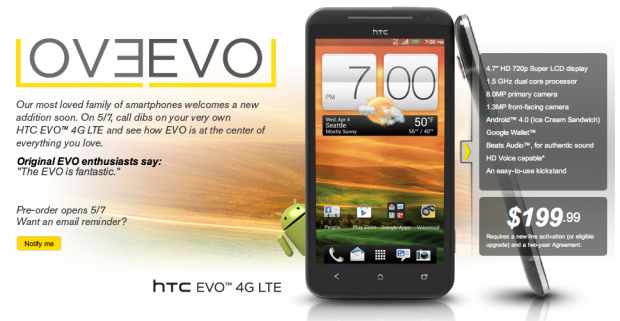 First, if you’re photographing a subject in the dark, a dual-stage shutter button on any camera–including those on a smartphone–will help you focus your shot better and compose your shot the way you want your final composition to look. By depressing the shutter button half-way in on a dual-stage button, the camera will shine the LED flash to help you focus your picture and give you a glimpse of where the people you’re trying to shoot are appearing in the frame on your phone’s screen. This will allow the phone to achieve better focus and to allow you to preview of what your shot will look like so you can move people as needed in the shot.

Second, having a dedicated shutter button will allow you to quickly access your camera, even when the phone’s display is off. While HTC highlighted the One X to have quick access to the camera from the lockscreen and the home screen, you don’t even need to touch the screen with a dedicated camera button. By merely pressing and holding the camera button on your smartphone, you can quickly enter camera mode that way.

The camera system and optics on the EVO 4G LTE are the same as that on the One X, but having these features should help the Sprint-made device stand out more against its One X cousins, especially if the camera feature is important to you in making a smartphone buying decision.