When it announced the HTC One last year, HTC insisted that it’d set the bar for future flagships a bit higher. It insisted that the HTC One would be a device that buyers could use for years to come. Now a year later, rumors and speculation indicate that the company is preparing to replace the HTC One with an updated mode. Reportedly the HTC M8 is on its way with all the feature additions to match the latest flagship Android devices. These rumors likely have potential buyers wondering if now is the right time to buy the HTC One? 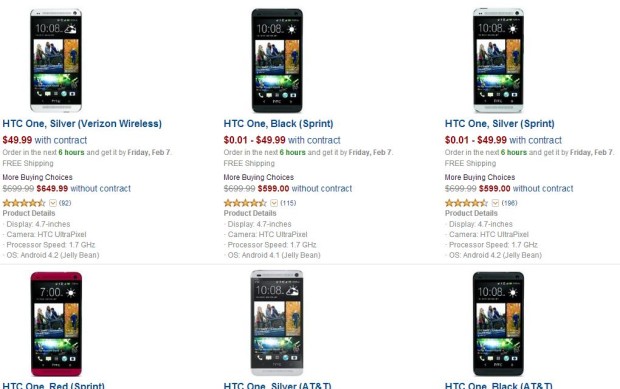 The current pricing for the HTC One at Amazon.

To be fair, I’ve heard a lot of people discuss why the HTC One isn’t worth buying at this point. One of the biggest things they cite is that of impending price drops. I think what these people fail to take into account is the relatively little amount of cash it takes to pick up an HTC One on contract now.

The HTC One’s pricing remains at about $100 to $150 when purchased at a Sprint, T-Mobile, AT&T or Verizon store, but Amazon has already slashed its pricing on the handset. Depending on account status the HTC One is available at Amazon for as little as a penny to new Sprint subscribers and $50 for upgraders on Verizon, Sprint and AT&T.

I’d argue can’t get much cheaper than that following the HTC M8’s launch.

You’ll Get the Software Update Anyway 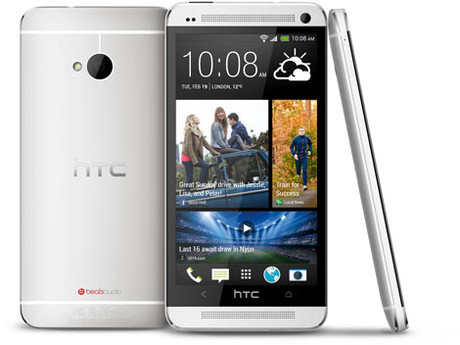 HTC releasing an updated version of its Sense software and not bringing it to last year’s hardware is very unlikely.

Smartphone watchers often talk about the pros and cons of new hardware, however sometimes they forget that the software experience users are getting on their device is just as important. To that end, I’d like to remind potential HTC One buyers that HTC reportedly has plans to debut the new Sense 6 software with HTC M8. That’s great for HTC One buyers because there is absolutely no way that HTC won’t also formally announce that they’re bringing those same software improvements to their year old flagship.

To be clear, next to nothing is really known about Sense 6. Still, if it exists chances are last year’s flagship is getting it.

The HTC One is still a solid smartphone

The HTC One’s design and camera remain among the best available.

Decent pricing and upcoming software updates are important, but the biggest reason the HTC One is still worth buying is that it’s still a terrifically nice smartphone. Its quad-core processor still enables it to load Android apps effortlessly. 32GB of on-board storage is still enough to hold thousands of songs, an obscene amount of pictures and more than a few videos.

In short, the HTC One is still a great high-end Android smartphone. The display, which measures about 4.7-inches across, isn’t as big as the Galaxy S4’s 5-inch display. However, it’s pretty robust. Let’s also not forget that the front-facing Boom Sound speakers on the HTC One continue to eclipse even most ultrabooks in loudness and clarity.

Read: Why You Shouldn’t Buy the HTC One Right Now

Of course, there are a few reasons users should also consider not buying the HTC One too. But in my opinion, they simply don’t outweigh the benefits for anyone who simply wants a decent phone at a reasonable price.

HTC is expected to announce the HTC M8 any day now.