Why the iPad 2 Will Be My Mobile Video Studio

Editing video has alwasys been a real pain in the neck. I’ve been cutting and splicing video since the 6th grade, back when Panasonic sponsored our classroom and gave us a bunch of VHS Camcorders, TVs and VCRs. Things are much easier these days, but editing family video is often more hassle than it’s worth. If the iPad 2 lives up to what was promised and the appropriate accessories are released, it will become my mobile video editing studio.

I’ve written quite a bit about my selection of high-end cameras at my disposal for shooting video and my powerful notebooks I use for editing videos and slideshows. Despite having some of the best mobile tools available at my disposal, my video editing workflow is still a pain. I have to transfer enormous files from my cameras onto one of my notebooks. I then have to edit my clips and add titles before exporting the whole mess. The exporting process is the biggest headache, especially for longer videos. The process is even more painful if you don’t have top-flight equipment.

The iPhone 4 does have an HD camera that can be used for shooting, which can later be edited on the iPhone with iMovie or any number of alternative video editing apps. But the iPhone 4’s small screen makes it very difficult to edit clips with any sort of precision. And unless I steady the iPhone 4 against a stable surface or mount it to a monopod or tripod, footage can be really shaky.

The iPad 2 will serve as a more stable shooting platform. Most users will shoot video with the iPad 2 by holding it in landscape mode with one hand on each of the iPad 2’s shorter edges. This will result in more stable video compared to holding an iPhone 4 out with one hand. Another preferred shooting stance will be when the user is seated and bracing the iPad 2 his lap or a stationary object like a desk. This would be a decent positon for shooting another seated individual sitting across the table. The iPad 2’s camera is positioned at a high enough position to prevent the desk or the user’s jeans from filling up the foreground.

Apple’s iMovie app for the iPad 2 looks pretty good, but I think third-party developers are going to step things up a notch and introduce something even better. These apps will likely have features suited for specific tasks and editing styles. For home users, the iMovie app for iPad will serve just fine. The layout looks similar to iMovie ’11, which means MacBook users will feel at home. The biggest improvement over the iPhone version of the app is simply screen real estate, which means my big fingers won’t accidentally select and deselect footage as they do with iMovie for iPhone.

Exporting movies is the most laborious part of the editing process, at least for the  device. Apple’s A5 processor is supposedly twice as fast as the processor found in the original iPad. That means I’ll be able to share the results with friends, family and GBM readers soon after finishing up my edits.

Another thing I’m excited about is the Verizon 3G service backed into the iPad 2. In my experience AT&T’s service has proved too unreliable in many of the locations I frequent to make video uploading a reality. I often have to rely on WiFi connections or a 3G hotspot. Verizon 3G will make it possible for me to reliably upload from just about anywhere.

I fully expect iPad 2 accessory manufacturers to build cases and accessories to specifically address the needs of iPad 2 owners that want to shoot and share video. We’ll probably see cases that will be optimized for shooting video, such as ones that will hold the iPad perpendicular to a table’s surface. I wouldn’t be surprised to see a Glif-like device that mounts the iPad 2 to a tripod. 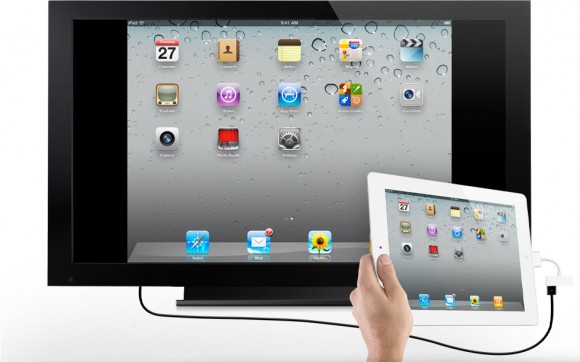 Another big reason to use the iPad 2 as a mobile video studio would be so I could share my videos quickly. The iPad 2’s display is much bigger, making it easy to show videos to small groups. For larger groups I could plug in the optional HDMI adapter to my HDTV. Of course simply sharing videos in this manner will be possible with any recent iOS device thanks to the HDMI adapter. AirPlay is another option when in range of an Apple TV.

With the new iPad 2 I’ll be able to shoot, edit and post from the same device. It won’t be as mobile of a solution as my iPhone 4, but I expect the results to be dramatically better.