Why the Motorola Pro+ Is Not Enough to Woo BlackBerry Users

Though the Motorola Pro+ is an attractive evolution of the original Droid Pro (and the GSM Motorola Pro and Sprint MOTOROLA XPRT) design, the device still lacks the ease of use to attract BlackBerry users to switch. Unlike BlackBerry smartphones, which used to use the ‘pearl’ or trackball and have now switched to a trackpad, the Motorola Pro only has a touchscreen, capacitive touch Android navigation buttons, and keyboard, making users shift between the keyboard and the screen.

While the omission of a trackpad or navigation pad seems like a minor detail, in usage, it makes a big difference in the ability to both use the device with just one hand or to navigate the OS and the device efficiently with two hands. 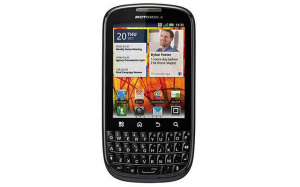 With Research in Motion’s implementation of a trackpad, users could mainly keep their hands centered on the keyboard and just swing their thumbs upward to the trackpad to navigate between the different field, similar to the paradigm employed on a laptop with the keyboard placed just above the trackpad where navigation is easy and doesn’t require the end user to move their hands off of the keyboard.

While the Motorola Pro, and now the evolved Pro+, is one of the best imitation of a BlackBerry–the ridged keyboard is very similar to the BlackBerry Bold’s keyboard though the Motorola keyboard is a lot more narrow as Motorola opted for a portrait-oriented display rather than the landscape-oriented display that affords more real estate in the width area–keyboard, it is sad that Motorola engineers did not see fit to replicate the trackpad as well to bring over that simple ease of use on a device that’s designed to attract over BlackBerry users to the Android platform.

Android ‘pro’ device manufacturers are quickly learning though. Samsung had introduced two pro smartphone models that are designed to compete with the BlackBerry platform recently, and those models come with the front-facing QWERTY coupled with a landscape-oriented display that will make it a wider device to give the keyboard some breathing room, along with the handy trackpad navigation.

So while the Motorola Pro+’s specs are great–a 3.1-inch VGA display (up from a 2.8-inch HVGA screen) and a 1 GHz CPU–the lack of some crucial ease of use elements, including the much maligned omission of a trackpad, will make it hard to convince BlackBerry users to switch, especially considering that the BlackBerry platform is not known for glitzy games nor apps, but the quick ability to fire off an email, compose a text, or communicate without much effort. The much touted enterprise-driven security features implemented by Moto will surely help keep IT managers happy, but will enterprise users be frustrated with the lack of design thought?